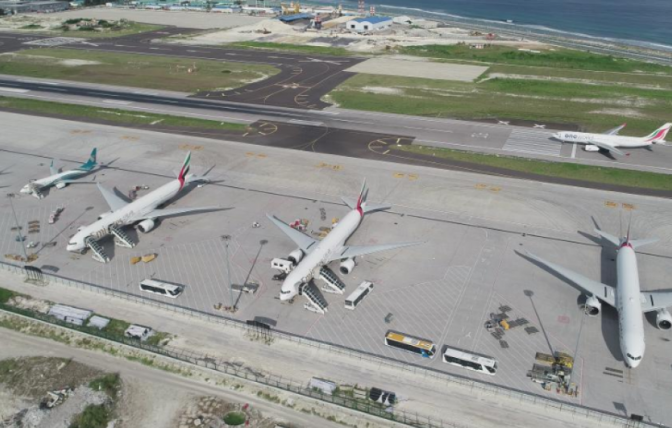 Addressing the nation at the parliament inaugural ceremony for the year, President Ibrahim Mohamed Solih has announced that six new airports will be developed across the country within the next 4 years.

The President highlighted that the government puts high priority into establishing a reliable sea and air transport network. Speaking on the matter, he further added that the government is working towards the completion of airport development projects in Haa Alifu Hoarafushi, Meemu Muli and Gaafu Dhaalu Faresmaadhodaa, adding that in the 4 years ahead, airports will be developed in a further 6 islands in the Maldives.

He also detailed the development of a maritime connectivity network to ensure the introduction of new transport services between the islands in Haa Alifu, Haa Dhaalu and Shaviyani atolls.

In addition to this, 150 million has been allocated every year to facilitate better sea transport within the islands of the Maldives.

According to this, the ferry service will be followed by 3 routes. These include; Commute link, Non-Commute link and a Highway link.

Planning ministry has stated that 12 Commute Links, 5 Non-Commute Links and 1 Highway Link are already established in the Northern side of the Maldives.