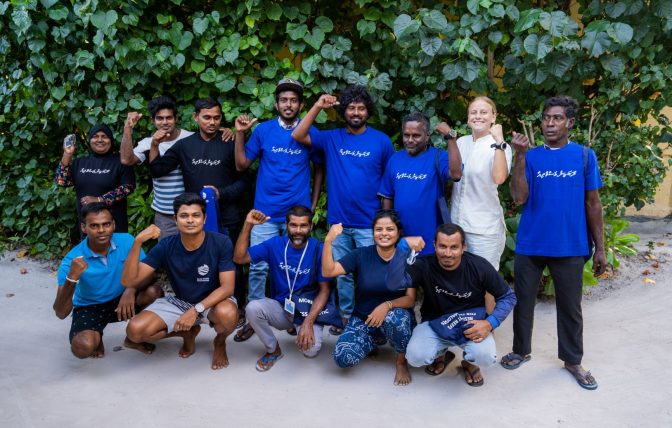 A Promise for Sustainable Fishing at Six Senses Laamu

Laamaseelu Masveriya means ‘Exemplary Fishermen’ in the local language of Dhivehi, and that is exactly who came together earlier this month to sign a reef fishery code of conduct, the first of its kind in the Maldives. A group of nine fishermen in Laamu Atoll signed up to the sustainable fishing code of conduct at Six Senses Laamu, setting a milestone for sustainable fisheries management in the country.

The ’Laamaseelu Masveriya’ Program was developed by Blue Marine Foundation, an NGO partner part of Maldives Underwater Initiative (MUI) based at Six Senses Laamu. The code of conduct sets rules that the fishermen and the resort follow to ensure that the entire process, from fishing to purchasing, is done sustainably. Examples include avoiding fishing in spawning grounds and releasing all nationally protected species, parrotfish, and juvenile fish.

The code of conduct benefits both the resort and the local fishermen. The resort can continue to provide memorable experiences on healthy reefs for guests, while making the credible claim that the fish on all menus is caught sustainably. The fishermen receive benefits such as discounts on fishing gear and equipment from the resort on a points-based rewards system, while also guaranteeing their future livelihoods by safeguarding reef fish populations. 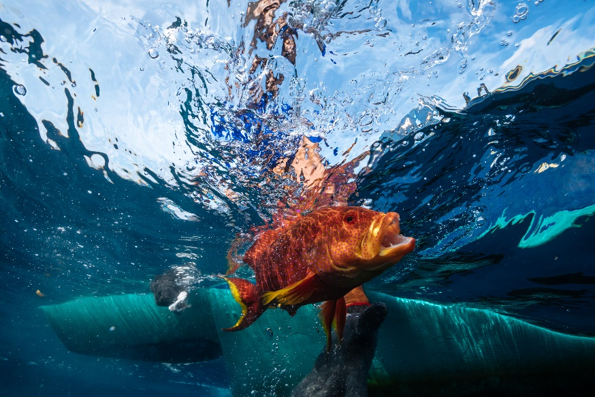 Charles Clover, Executive Director of Blue Marine Foundation, said, “If we fish in a clever way in the Maldives, it is possible to create reef fisheries that work sustainably for both resorts and fishermen. There is still a long way to go in safeguarding Maldivian fish populations for everyone, but this novel model is an important first step. BLUE hopes that other resorts will follow to become leaders in fisheries management in the Maldives.”

Megan O’Beirne, Sustainability Manager at Six Senses Laamu, added, “We hope that the benefits we have seen for the resort, the local economy, and the natural environment through BLUE’s Laamaseelu Masveriya Program will inspire other resorts in the Maldives to implement similar measures and increase the resiliency of our reefs for the future.”

Saud, one of the local fishermen who signed up to the code of conduct, commented,  ­“I have noticed a decrease in the catch of fish in recent years. If we fish responsibly then we can help to sustain the fisheries for generations to come.”

Reef fish play a critical role in coral reef resilience, which is the ability of coral reefs to regenerate after natural and human-induced disturbances, such as coral bleaching2. By signing up to the code of conduct and sustainably managing these reef fish populations, Six Senses Laamu and the fishermen of Laamu Atoll are taking an important step towards creating climate resilient reefs in the Maldives.