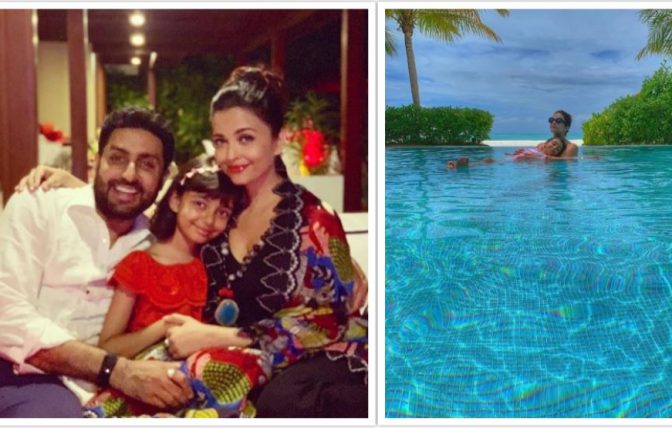 Famous Bollywood couple, Abhishek Bachchan and Aishwarya Rai-Bachchan, along with their child Aaradhya Bachchan have visited the Maldives to celebrate 12 years since the couple’s wedding in 2007. Since their arrival, they have been sharing pictures of Niyama Private Islands Maldives through their respective Instagram accounts.

Aishwarya Rai-Bachchan is an actress, model, philanthropist and the winner of the 1994 Miss World pageant. She has starred in various movies such as Hum Kisike Kum Nahin, Devdas, Dil Ka Rishta and more. Abhishek Bachchan is an actor and producer and has played several roles in movies such as the Dhoom series, Guru, Run and etc.

Niyama Private Islands Maldives, located in Dhaalu Atoll consists of two luxury islands offering ultimate privacy to its guests. It is highly suitable for romantic getaways and includes 134 villas on its two islands. The villas give an intimate feeling and are set apart to allow you to remove yourself from the hectic and busy world.