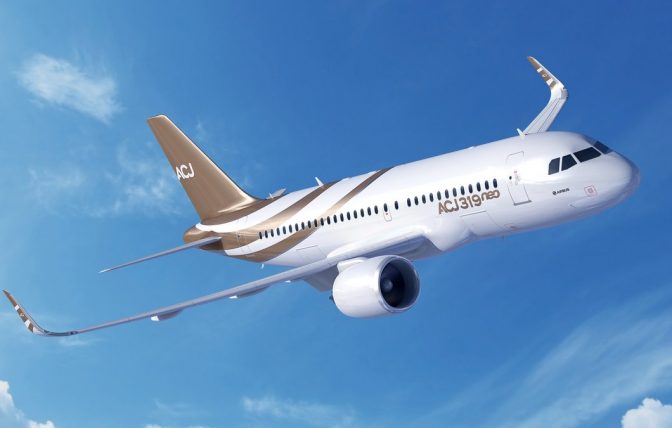 The newest flight of the Airbus Corporate Jets (ACJ) has been successfully launched as the ACJ319neo and has completed its first flight which lasted 1 hour and 55 minutes. This was only the beginning as it was a short flight-test programme to verify its features such as its fuel tanks which allow intercontinental range.

The aircraft was built for K5 Aviation of Germany but will be equipped with a VIP cabin by Fokker Techniek in the Netherlands. Derived from the A320 family, the new ACJ319neo will feature new engines and wingtip-mounted Sharklets as well as lower cabin-altitude for greater passenger comfort.