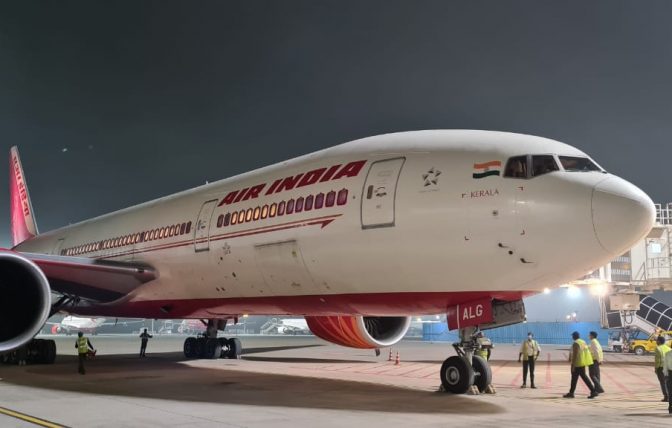 An all-female Indian pilot team by Air India made history this week, after they completed the longest non-stop commercial flight ever operated by an Indian national airline. The team of four cockpit crew members from Air India completed the 17-hour-long flight on Monday according a statement released by the airline.

On Monday, January 11, Air India’s longest non-stop flight from San Francisco to Bengaluru landed with an all-woman crew on board. Flight AI-176 landed at the Kempegowda International Airport in Bengaluru with the crew receiving immense appreciation from a huge crowd that was waiting for them at the airport. Air India had earlier said that this would be the longest commercial flight in the world to be operated by it or any other airline in the country. Amidst the cheers, the four women- Captain Zoya Aggarwal, Captain Papagiri Thanmai, Captain Akansha Sonaware, and Captain Shivani Manhas responded by giving a thumbs-up sign to the crowd.

We also congratulate passengers of AI176 for being part of this historic moment. pic.twitter.com/UFUjvvG01h

Authorities at the San Francisco Airport also rejoiced at their achievement. They tweeted by saying, “Congratulations @airindiain on a historic flight! Flight AI176 was piloted by an all-female cockpit crew for the landmark journey from #SFO over the North Pole to @BLRAirport.”