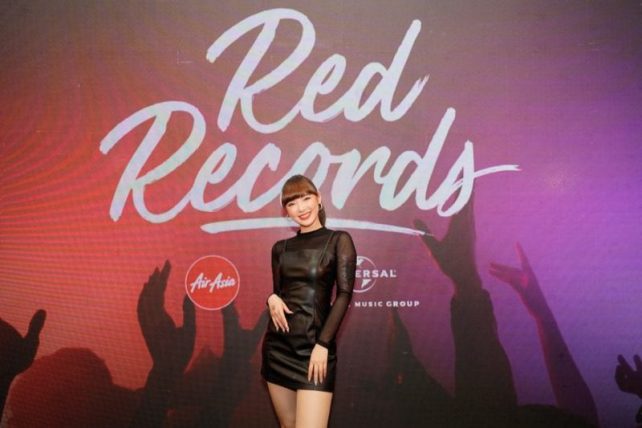 Tony Fernandes is evidently having a lot of fun transforming AirAsia Group into more than just an airline business. Having just launched the first fast-food chain featuring airline food last week, the group CEO unveiled at a press briefing in Kuala Lumpur on Friday a new music label, RedRecords, in partnership with Universal Music Group.

It may come across as Fernandes being sentimental and going back to his roots as a music man. A music man turned the airline man turned music man. He was with Warner Music Group for 12 years, from senior financial analyst to vice president for the Southeast Asia region. So he knows music.

But a recording of the press conference obtained by Skift shows that the move is the curtain opener for AirAsia Group to enter Asia’s events space, including organizing music festivals, and selling concert tickets or full packages that include air, hotels, and event tickets.

This space is huge particularly in Southeast Asia, with Traveloka — now a competitor of AirAsia.com — earlier this year going into it big time.

“It’s a continuation of our journey as a lifestyle platform,” said Fernandes. “Music is a large element of lifestyle. So [we’re thinking] live events, streaming, festivals — we’re toying with the name RedVibes — ticket sales. We want to change the way you see concerts, [not just buying tickets] but hotels, packages.

“It’s a whole infrastructure that we’re looking at and that will be replicated with film [content]. We want to become more relevant to your life. Your life with us now is purely buying [airline] tickets, so we hope you’ll spend more time in the day on AirAsia’s associated products, of which RedRecords is one.”

RedRecords is parked under RedBeat Ventures, a startup fund that invests in non-airline technology sectors, overseeing all of AirAsia’s digital lifestyle brands, from travel and lifestyle to logistics, fintech, the marketplace, and connectivity. RedBeat Ventures is led by its president Aireen Omar who, at the peak of the financial crisis in 2008, secured funding for AirAsia’s expansion plans.