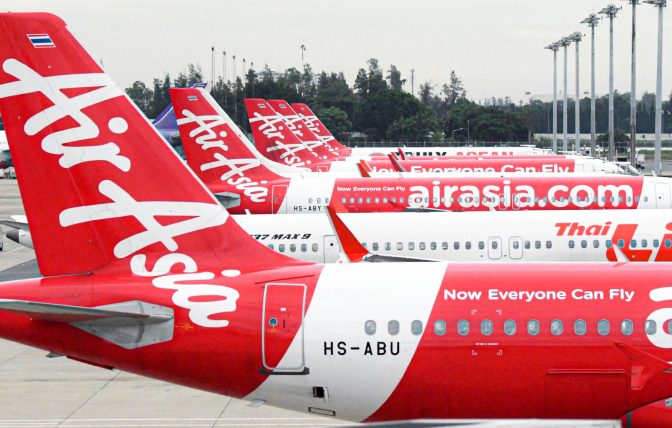 In line with its continued focus on innovation and sustainability, AirAsia is taking its environmental responsibilities a step further by implementing digital solutions that are aimed at further improving fuel efficiency and reducing carbon emissions.

Developed by Paris-based Safety Line, the OptiFlight-In-flight guidance is a unique suite of digital solutions that optimizes all flight phases.

Following extensive validation tests, AirAsia has implemented OptiClimb which will save up to 3 percent of its climb fuel, potentially representing a fleet-wide carbon footprint reduction of at least 73,000 tons of CO2 per year.

By introducing a number of new digital initiatives to its flight operations, AirAsia is not only offsetting its carbon emissions but also pro-actively reducing them at the source whilst also further reducing costs for the benefit of its customers.

AirAsia Group Chief Operations Officer Javed Malik said, “AirAsia is making every effort to improve its operational efficiency and become a digital airline in all aspects of our business including flight operations, and OptiFlight will allow us to leverage vast amounts of flight data with the aim of reducing CO2 emissions. Needless to say, we are excited to be the very first airline to implement OptiClimb in Asia and we continue to look at new ways to innovate and further reduce our carbon footprint.”

On leveraging data to reduce emissions, Safety Line Founder and CEO, Pierre Jouniaux said, “On AirAsia’s medium haul flights, the initial climb alone can represent more than 30% of trip fuel, offering the most potential for savings. However, climb is also the most complex phase, with many parameters changing simultaneously as the aircraft ascends. AirAsia will use historical flight data and Artificial Intelligence to address this complexity and predict fuel burn in different scenarios to recommend optimal climb speeds to pilots for each flight, taking into account individual aircraft performance and accurate 4D weather forecasts.”

Jouniaux further added, “Getting AirAsia on board as a customer and innovation partner is a privilege and we look forward to working closely together to explore ways of reducing Air Transport’s carbon footprint.”

In addition to implementing OptiClimb, AirAsia has joined the OptiFlight Innovation Partnership in September 2019 which provides further flight optimization opportunities that will be explored in all flight phases. For instance, AirAsia will be the first airline in Asia to trial OptiDirect, a solution that recommends some adjustments to pilots based on historical tracks flown and forecasted weather on the route.