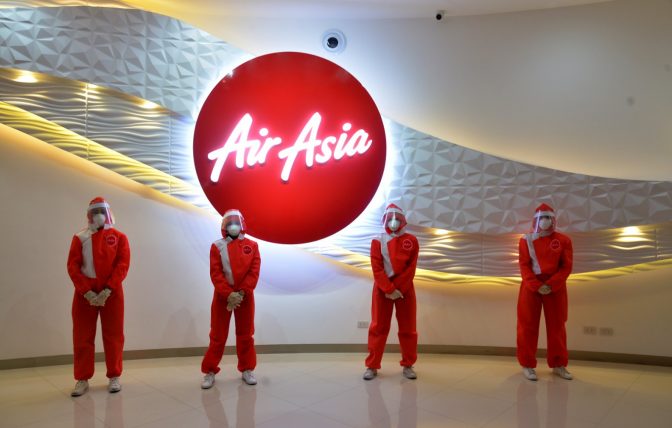 AirAsia has introduced new personal protective equipment (PPE) for its cabin crews to be used as flights resume in the coming days in the region.

Designed in collaboration with Filipino fashion designer Puey Quiñones, the PPE suits, which were launched during a recovery flight from Bangkok to Manila, embrace the airline’s signature red-hot colour and have reportedly been approved by the Philippines’ Department of Health.

According to Quiñones’ Instagram account, the Los Angeles-based designer has been busy designing and manufacturing PPE suits for hospitals as well as brands such as AirAsia following the outbreak of the coronavirus.

Flight attendants will be required to wear the PPE on all of the carrier’s domestic and international flights.

Airlines are among the businesses hit hardest by the pandemic. Singapore Airlines recently announced the cancellation of 96 per cent of its scheduled flights until the end of June, while Richard Branson is reportedly seeking a buyer for Virgin Atlantic Airways as he struggles to secure a 500 million pound (S$879 million) government bailout.

On April 17, AirAsia announced it is set to resume scheduled domestic flights commencing with Malaysia on Wednesday (April 29), followed by Thailand on Friday (May 1), India (May 4), Indonesia (May 7) and the Philippines (May 16), subject to approval from authorities.