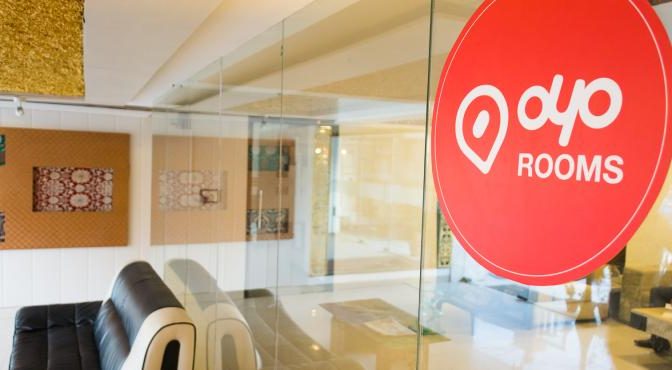 Airbnb is reportedly looking into the possibility of entering into a deal with OYO with a potential investment of $100 million to $200 million in order to emerge in the hotel business in India. The news comes to a matter of weeks after Airbnb acquired US hotel booking startup HotelTonight for more than $400 million.

“One potential reason why Airbnb might want to pursue this investment is as a hedge of sorts so that it can benefit from the growth of Indian tourism indirectly through a national champion if its first-party business struggles,” Borko said. “India can be a difficult nation for foreign companies to do business in, and there has been recent backlash against Western giants like Amazon and Walmart. Airbnb is making India a priority but that is no guarantee it can succeed there.”

Just as Airbnb faces some challenges in the India market, Oyo faces them in Airbnb’s home market of the U.S. Having just recently launched its business in the U.S. with an initial debut in Texas with its Townhouse brand name, Oyo is eager to go head to head with American economy lodging brands like Super 8 and Travelodge.

Oyo has an interesting business model with a tech-driven twist on the traditional hotel franchise. Oyo signs up hotel owners and gets them to upgrade everything according to Oyo’s standards, offers them training and supplies, and then features those hotels, which often operate in the budget space on its website, where rooms start for as little as $25 per night. Whenever a room is booked on its platform, Oyo takes a 25 percent commission, just as an online travel agency would. Oyo also markets those same rooms on other distribution channels, Airbnb included.

OYO Homes presently operates more than 6,000 fully-managed residential accommodations in India and Dubai. The company launched itself in Dubai in January this year. OYO Chief Growth Officer Kavikrut told Financial Express Online: “In India, we are focused on top travel destinations including Goa, Shimla, Pondicherry, Coorg, Manali, Dehradun, Wayanad, Coorg, Udaipur and Jaipur among others. In UAE, we have 40 homes and plan to expand to 200 in the next six months.”

Airbnb, on the other hand, has been a leader in the private accommodations space and has recently expanded its investments to include in-destination tours and activities in addition to the recently announced plan to buy HotelTonight.