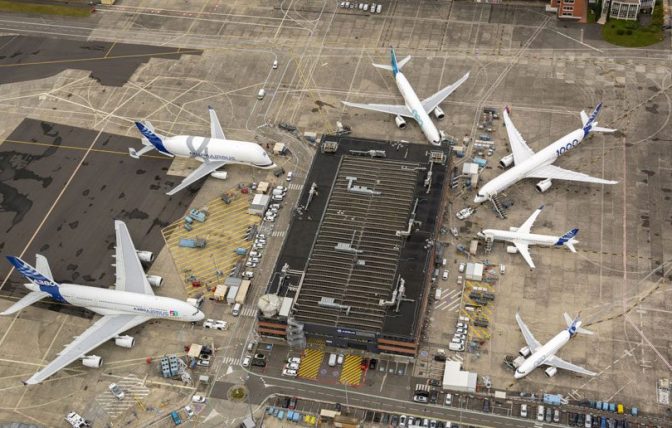 Airbus is cutting monthly production of single- and twin-aisle aircraft by about a third, slashing output of A320s to just 40 aircraft.

It is taking monthly production of A350s down to six and A330s down to two.

“With these new rates, Airbus preserves its ability to meet customer demand while protecting its ability to further adapt as the global market evolves,” says the company.

The airframer has revealed that 60 aircraft were produced during the first quarter but remain undelivered as a result of the coronavirus crisis, notably because travel restrictions have prevented crews and other personnel from arriving to pick up the aircraft.

Airbus managed to deliver 122 aircraft over the first three months of 2020, down from 162 last year.

Only 36 were delivered in March. “This reflects customer requests to defer deliveries, as well as other factors related to the ongoing [coronavirus] pandemic,” says the airframer.

Airbus took net orders for 290 aircraft in the first quarter of which 21 were secured in March.

“The impact of this pandemic is unprecedented,” says chief executive Guillaume Faury. “Protecting our people and supporting the fight against the virus are our chief priorities at this time.”

Airbus says it is working with its social partners to define the “most appropriate” social measures to adapt to the situation.

It adds that it is “addressing a short-term cash containment plan” as well as its longer-term cost structure.

“We are in constant dialogue with our customers and supply chain partners as we are all going through these difficult times together,” says Faury.

“We are actively adapting our production to their new situation and working on operational and financial mitigation measures to face reality.”