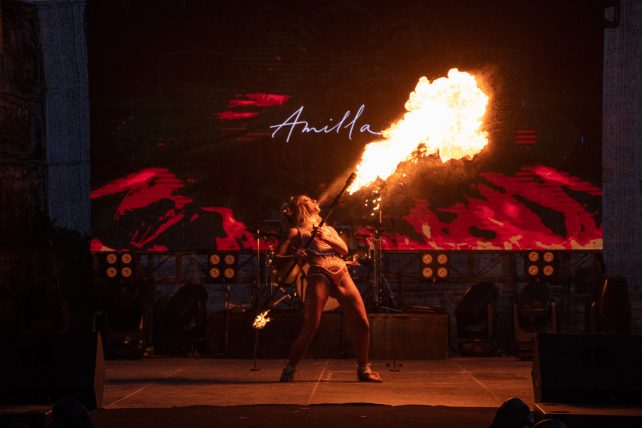 Amilla Fushi has announced plans to follow a time-traveling ‘party of the century’ concept for the upcoming New Year Eve’s celebrations at the resort.

The countdown to Christmas has already begun at Maldives luxury resort Amilla Fushi as the resort prepares to culminate an era-spanning New Year’s Eve ‘party of the century’ that will see guests dancing through 100 years in a single night, from the Roaring Twenties all the way through to the dawn of 2020. 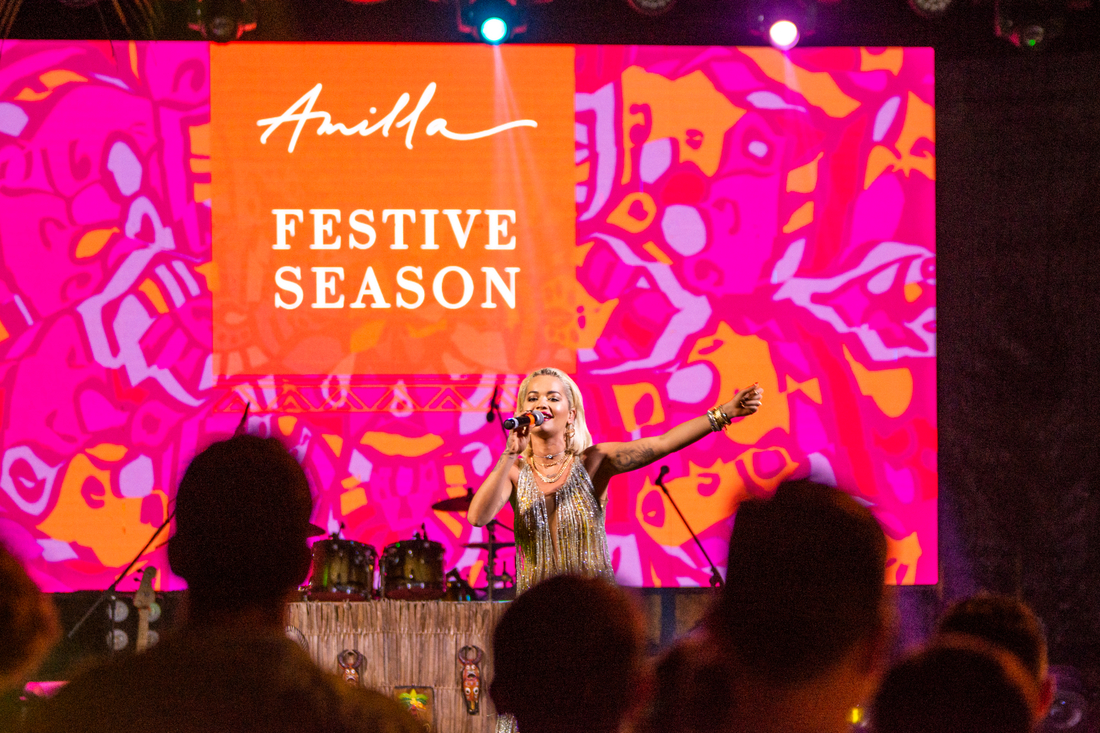 Renowned for its star-studded festivities, Amilla is set to welcome back Nick Grimshaw for another raucous NYE DJ set; and an as-yet-undisclosed chart-topping headline performer. Following the coup of last year’s intimate performance by Rita Ora, the UK singles chart’s most successful British female artist of all time, speculation is already mounting as to the identity of this year’s star guest.

Open to all guests at no extra charge, the New Year’s Eve extravaganza kicks off at sunset with a revival of the Roaring Twenties – think live jazz, clandestine cocktails from an art deco speakeasy, and gangsters and flapper girls dancing the Charleston.

As night falls, the boomers take over the beach for an interactive culinary carnival featuring a 50s Americana-inspired ‘drive-in’; a Flower-Powered hippie hangout serving CBD oil-based starters and desserts; and an 80s disco buffet – all brought vividly to life with dazzling entertainment by Area 51 performers. 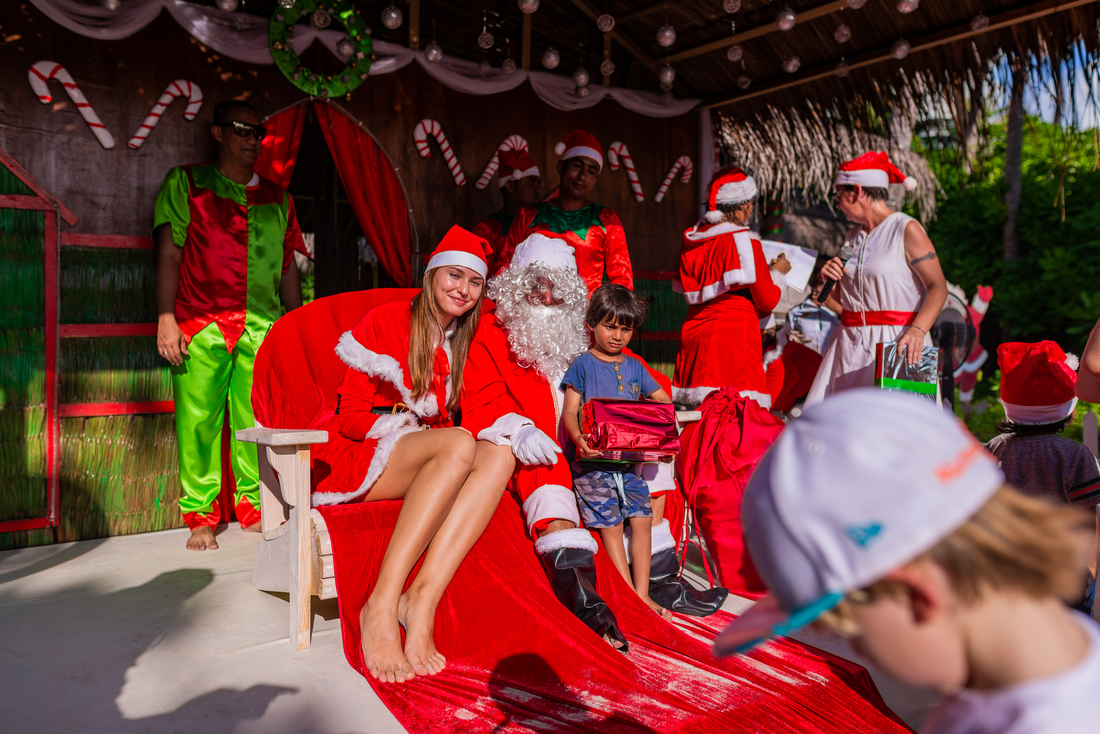 The party then moves to the marina for the Nineties and Noughties DJ set by Nick Grimshaw ahead of the big countdown. After a spectacular midnight firework display, 2020 begins with a headline performance by this year’s mystery star guest – watch this space.

Any hardcore party people still standing after this epochal celebration for the ages can hit the after-party at Amilla’s notorious 1 OAK Lounge from 3am – 8am.

Amilla’s elves are also dreaming up days and nights full of enchantment and wonder for the rest of the festive season. Foodies will think all their Christmases have come at once, with lip-smacking themed nights at chilled-out foodie hub Baazaar, enchanting dining experiences in the magical Mystique Garden, and incredible journeys of flavourful Japanese cuisine at the signature overwater restaurant, Feeling Koi. 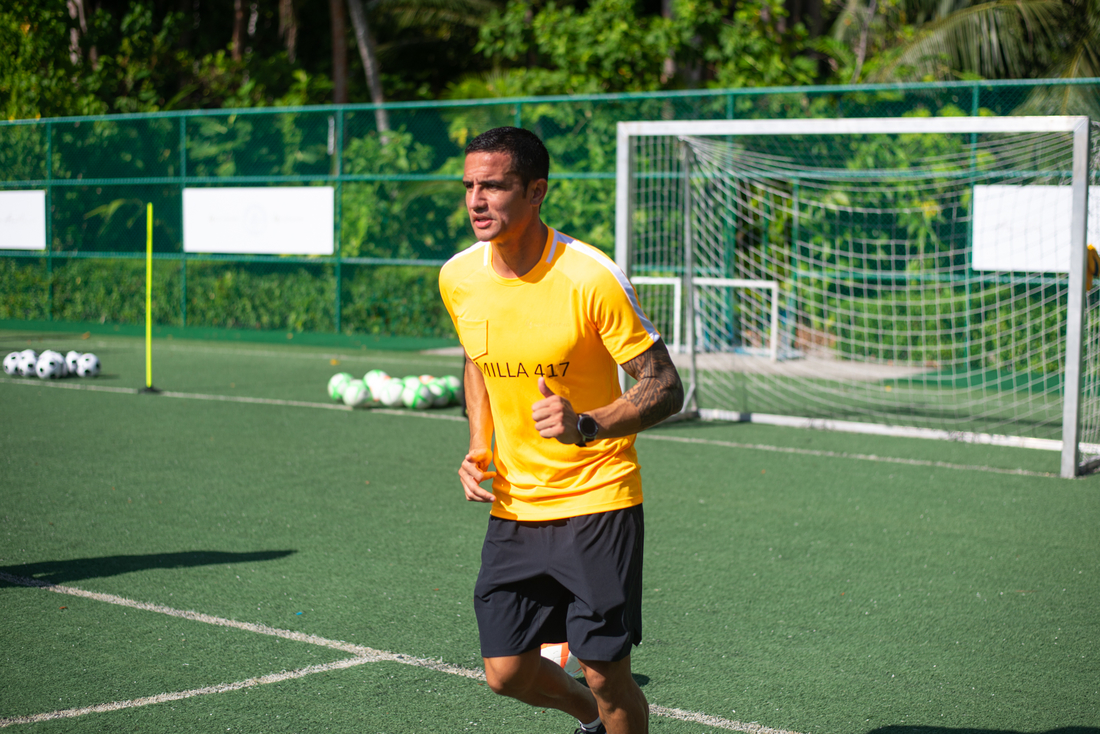 Australian football legend and former Everton player, Tim Cahill, will also be back on the island to inspire young footballers with a four-day festive training camp. Kids aged from 5-8 years, and teens from 9-16 years, can perfect their skills on Amilla’s very own full-sized pitch with elite coaching from the Socceroos’ all-time leading goal scorer.

Located in the UNESCO-protected biosphere of Baa Atoll, Amilla Fushi is just 30 minutes by seaplane from Velana International Airport. From the undisturbed natural ecosystem beneath the sea to the luxurious amenities to enchanting foods, whitewashed villas sit over turquoise waters at this Baa Atoll Maldives luxury resort.