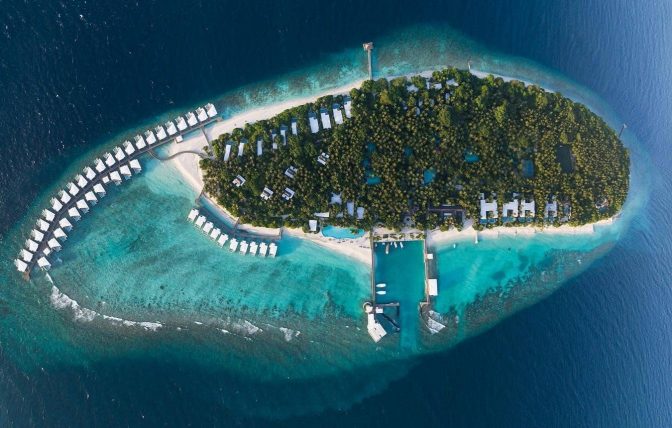 In what is thought to be a first for any resort in the Maldives, Amilla Maldives Resort and Residences will be dedicating an entire week to celebrating Maldivian culture. The Baa Atoll resort’s Maldives Cultural Week will begin on Eid-al-Adha on July 20th, a popular Maldivian public holiday, and continue through to July 26th, Maldives Independence Day.

The week will be packed with cultural workshops, games, music, and culinary treats. Authentic Maldivian entertainment at the resort will include a traditional Maldivian Eid-al-Adha ‘Bodu Mas’ (‘Big Fish’) parade, featuring giant fish mascots made from palm leaves and other natural materials taken from the resort’s lush jungle. The huge fish mascots are operated from underneath by several people, who parade it around the island. Amilla’s talented Islanders will put their weaving skills to the test to create these works of art. There will also be a Maldivian feast served at the resort’s Emperor Beach Club.

An island village built from woven palm fronds and coconut thatch, as they were for generations, will be erected at the resort to showcase historical elements of Maldivian culture. Traditional craft workshops and demonstrations including basket-weaving will entertain families. Budding chefs willbe able to try their hand at a variety of Maldivian cooking classes. They will be introduced to Maldivian tapas known as ‘hedika’ or ‘short eats’, the eternally popular ‘mas riha’ (coconut fish curry) and sweet treats such as ‘Addu bondi’ (coconut candy, originating from the southerly Addu Atoll).

No celebration of Maldivian culture would be complete without the country’s traditional drumming and dancing, known as ‘Bodu Beru’. The Amilla Islanders will hold classes for guests on bothcomponents of this performance art.

At the culmination of the festivities, on Maldives Independence Day, guests will be entertained with a transfixing show combining ‘Bodu Beru’ with a thrilling contemporary fire dance. There will also be a gala dinner at Amilla’s Baa-Zaar restaurant. Amilla’s Residences Manager, Saddam Hussain, said: “The Maldives has a rich cultural heritage but visitors from around the world could visit our pristine islands many times without ever learning anything of the country they are visiting. Amilla is one of the few Maldivian- owned and managed resorts in the Maldives, so we are in an excellent position to showcase our beautiful country in an authentic way for our guests.”