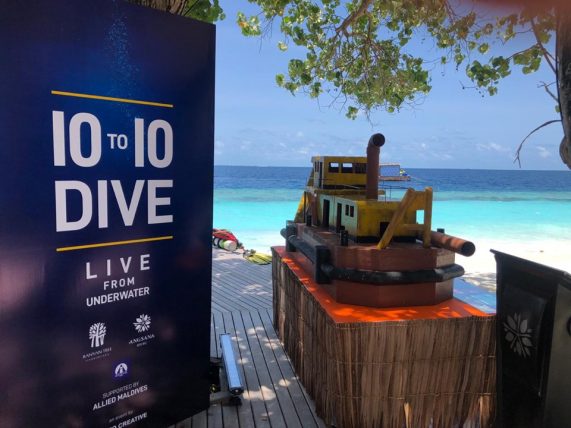 The 10 to 10 dive event live-streamed on the resort’s youtube channel, showing a series of activities such as dives to the Rannaamari Wreck which included day, night and dawn dives, free diving session, coral planting, special marine talks by the resort’s Marine Lab Team as well as other organizations present during the event and a role play about the Legend of the Rannamaari. 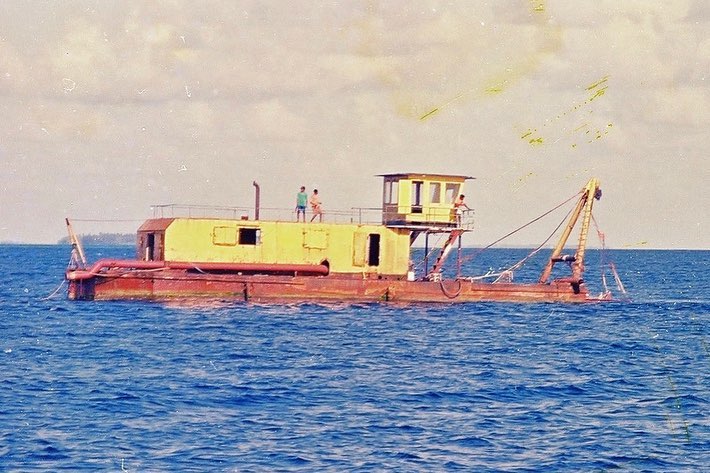 The Rannamaari Wreck was previously used as a dredging ship and was towed to Ihuru Island in 1999 to be used as an artificial reef through the initiative of Shahul Hameed, former Banyan Tree and Angsana Maldives Assistant Vice President Maldives Corporate and Abdul Azeez Abdul Hakeem – more familiar as N.D. Azeez, Environment Champion in the Maldives, former Director of Conservation for Banyan Tree and Angsana Maldives and one of the Directors of Ihuru Investments PVT LTD.

The ship sank “mysteriously” two days before the planned event and has since become a home for thousands of sea creatures at a depth of 26 metres. 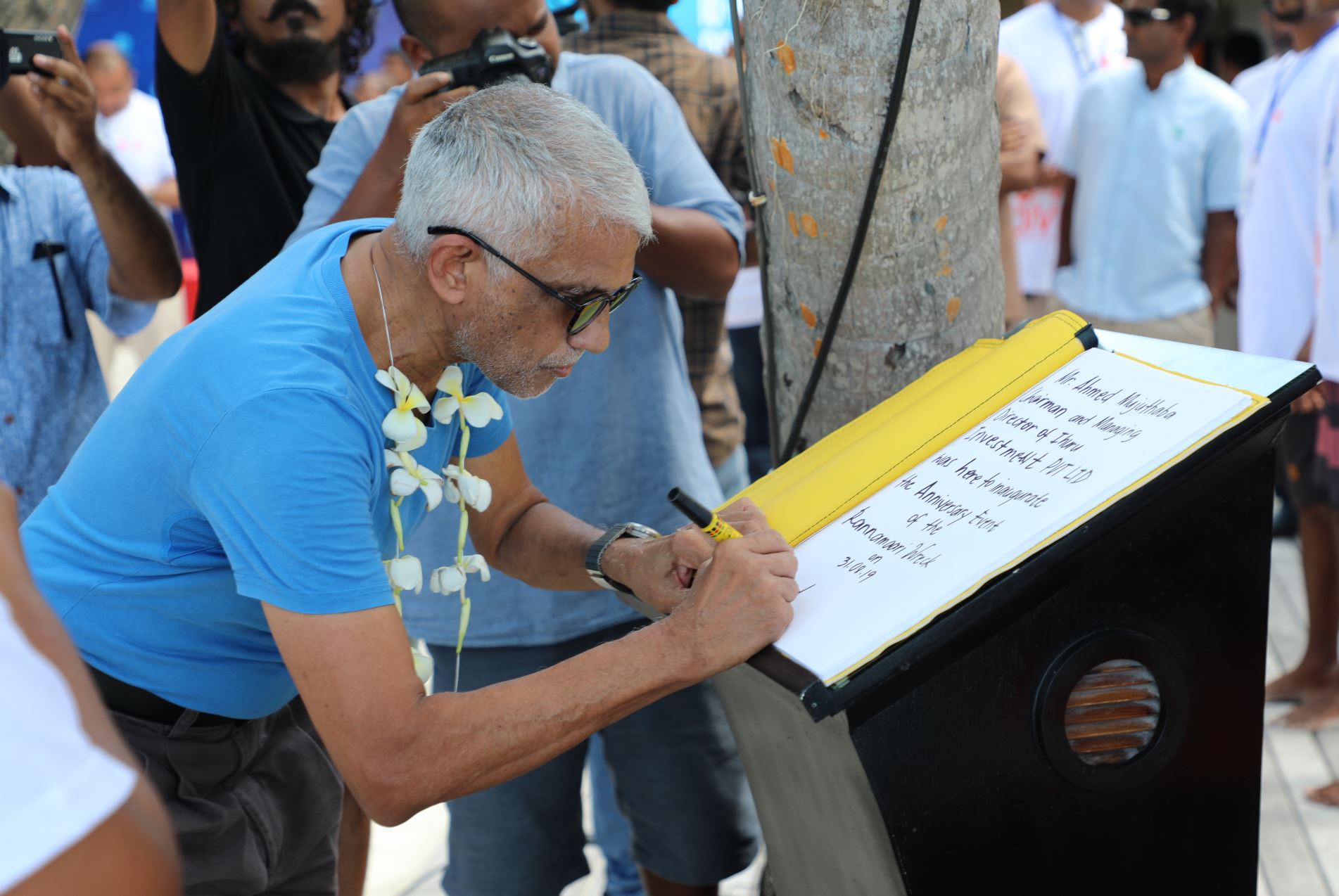 Mr. Ahmed Mujuthaba inaugurated the event by signing on the guest book which was later placed underwater for all the divers to sign

The resort welcomed over 120 divers from different dive centers, organizations such as Maldives Whale Shark Research Program, Allied Insurance, Maldives National University and various like-minded groups and individuals who not only joined the dives and signed their attendance on the underwater guest book but also shared their conservation programmes.

Several personalities and advocates of environment conservation also attended the event such as Ahmed Mujuthaba – Chairman and Managing Director of Ihuru Investments PVT LTD, Jeehan Mahmood – Member of the Parliament and Environmental Champion, Matt Wenger – the Regional Director of PADI, Zoona Naseem – Managing Director of Moodhu Bulhaa, previously the Dive Base Leader and Recreation Manager of Angsana Ihuru Resort & Spa, one of the coordinators of the underwater cabinet meeting and part of the Marine Team that initiated the 10 to 10 Dive. 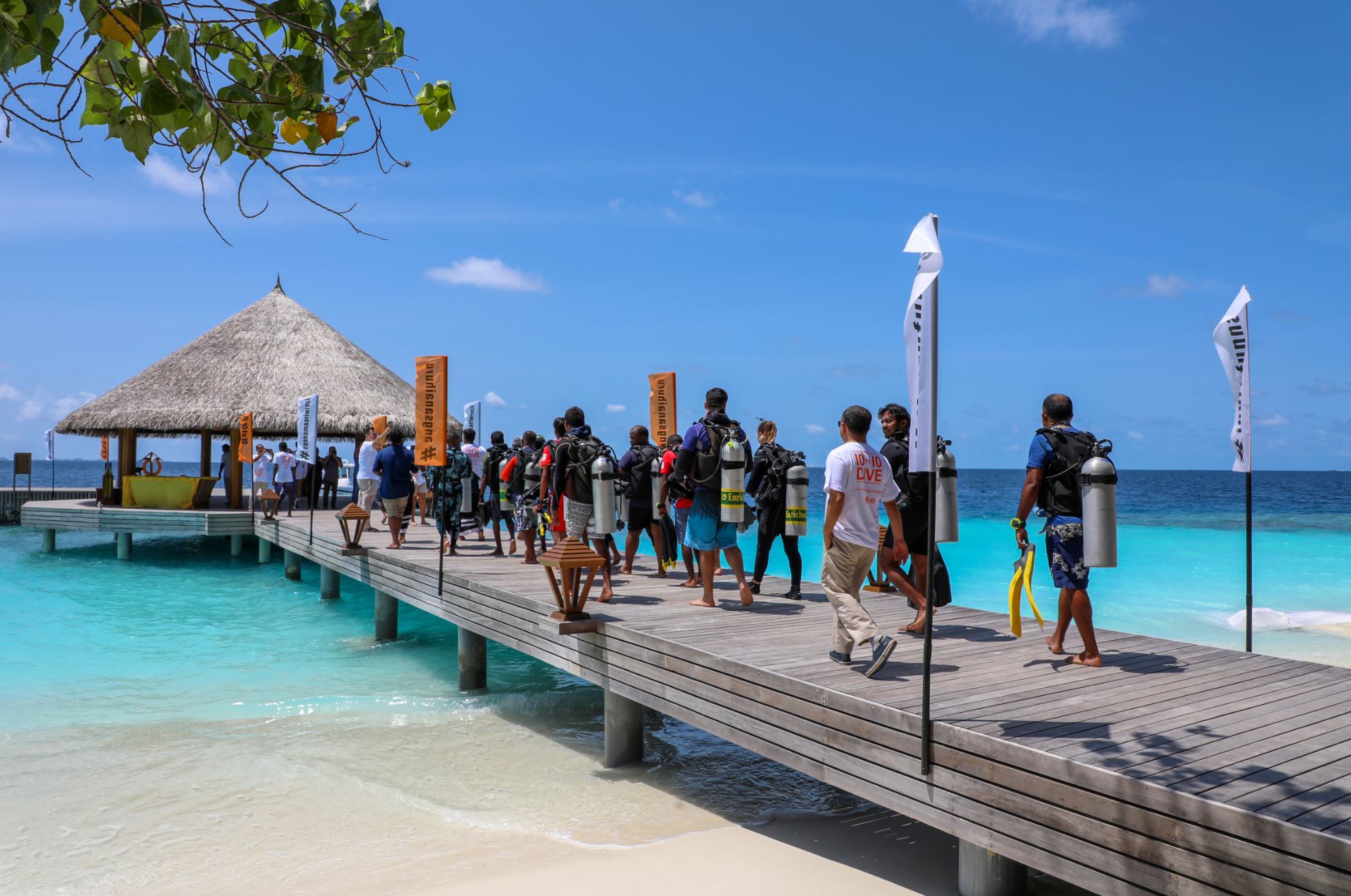 Divers going for the first dive

This yearly event aims to create a delightfully educational experience to all participants and spread awareness of the importance of conserving marine life in the Maldives.

Located just 25 minutes away from the international airport, Angsana Ihuru is a small boutique resort surrounded by one of the most vibrant and well-preserved house reefs in the Maldives. The conservation efforts in the resort started in 1996 and are home to the Rannaamari Wreck and the innovative Necklace Project.