Angsana Ihuru is giving away a 3 nights’ stay for 2 persons including transfers and diving experience as part of the celebration of the Rannamaari Wreck’s 20th Anniversary.

The Rannamaari Wreck was previously used as a dredging ship in Male’ and was towed to Angsana Ihuru in 1999 to be used as an artificial reef. However, the ship sank “mysteriously” two days before the planned event. The dredger was docked in front of the bar and while all the guests were at dinner, no one noticed that “Rannamaari” was slowly sinking until the final moment when air bubbles and foam gushed out noisily from the submerging dredger.

“Rannamaari” had not waited for the arranged date for its sinking. It sank on its own to the final resting place and has since become a home to hundreds of different species such as nurse shark, Flabellina exoptata nudibranchs, batfishes, parrotfishes, moray eel and pixy hawkfish at a depth of 26 metres. 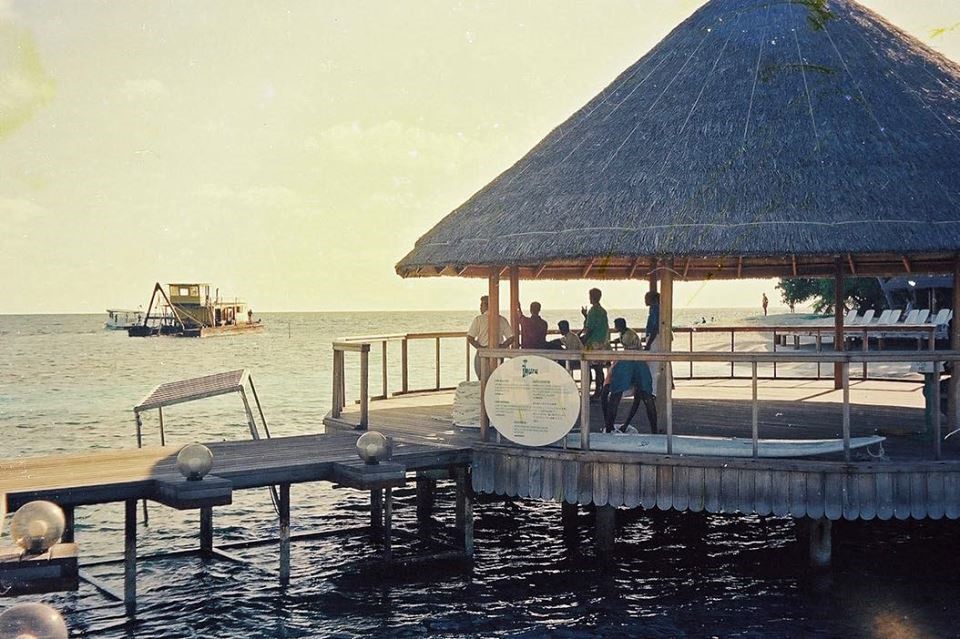 Ihuru Resort and the Rannamaari Dredger in 1999

“Rannamaari” is a legend and an important part of the Maldivian folklore and is the name of an alleged sea monster that takes away a virgin girl every full moon. Similarly, the dredger was also once a monstrously strong machine used to take away sand for island reclamation.

To commemorate the date, the resort has planned numerous diving and marine conservation activities for the upcoming 5-day celebration on the 10th of June till 14th June including 10To10, 24 hour live streaming of the wreck, sunrise, sunset and late night dives.

The competition details can be found on the resort’s Instagram account (@angsanaihurumaldives) and will end on the 15th of June 2019.

Located just 25 minutes away from the international airport, Angsana Ihuru is a small boutique resort surrounded by one of the most vibrant and well-preserved house reefs in the Maldives. The resort is a pioneer in terms of Marine Conservation being the first resort in the Maldives to have its own Marine Lab in 2001.