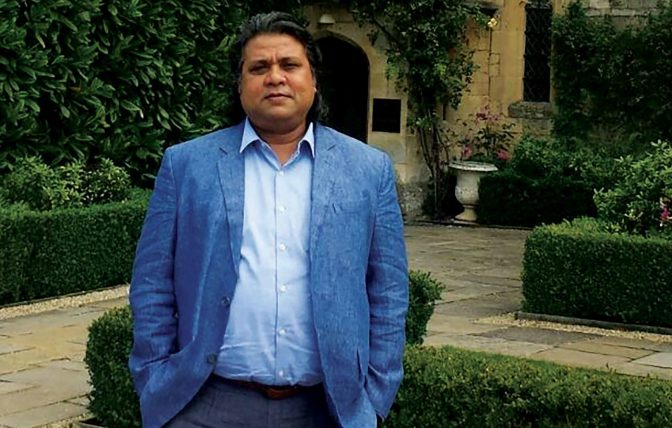 Salil Panigrahi, the Founder and Managing Director of Atmosphere Hotels & Resorts, has been conferred the Pravasi Bharatiya Samman Award, the highest honour conferred to overseas Indians.

The Pravasi Bharatiya Samman Award (PBSA) is the highest honour conferred on overseas Indians. PBSA is conferred by the Hon’ble President of India as part of the Pravasi Bharatiya Divas Convention on Non-Resident Indians, Persons of Indian Origin or an organization/institution established and run by the Non-Resident Indians or Persons of Indian Origin in recognition of their outstanding achievements both in India and abroad.

A Jury-cum-Awards Committee, with Hon’ble Vice-President as the Chairman and Hon’ble External Affairs Minister as the Vice-Chair and other distinguished members from various walks of life considered the nominations for the Pravasi Bharatiya Samman Awards, 2021 and unanimously selected the awardees. The awardees represent the vibrant excellence achieved by our diaspora in various fields. Several countries have been represented for the first time among the awardees. Dr. Mukesh Aghi, one of the awardees and President & CEO of US-India Strategic Partnership Forum, delivered the acceptance speech on behalf of the awardees.

Salil Panigrahi, MD of Atmosphere Hotels & Resorts, has been awarded Pravasi Bharatiya Samman for 2021.The award recognises his stellar contribution to the tourism sector through dvpt.of acclaimed resorts in #Maldives which has enhanced India’s prestige.
🇲🇻🇮🇳 #PBD2021 @MEAIndia pic.twitter.com/Q6oOVrBawC

Salil Panigrahi was conferred with the Best Pravasi Bharatitya Award in the Tourism category. He is credited with a dozen of resorts and plays a key role in building India-Maldives relations.

Atmosphere Hotels & Resorts is a Maldives based organization that has successfully created an up and coming Indian hospitality brand.

For Salil, the launch of the Atmosphere brand, was an important milestone in the second phase of his entrepreneurial journey. A Chartered Accountant from India, Salil started his career 22 years back at Oberoi Hotels & Resorts in the finance department.

After his stint at Oberoi, Salil worked at Six Senses Group founded by Indian-British hotelier, Sonu Shivdasani. He led the Finance Department there but was also responsible for several different functions including project management for resort construction and launch.

In early 2003, he formed EoN Resorts, a company that engaged in resort development and consultancy for luxury resorts in the Maldives. At EoN, Salil spearheaded the launch and growth of several iconic resorts including Jumeirah Vittaveli, Constance Halaveli, Six Senses Laamu, among several others.

At EoN, the focus was on building ultra-luxury resorts and team up with global firms like Jumeirah and Constance for hotel management. In 2012, Salil wanted to embark on his next phase and launched a brand called ‘Atmosphere’, to partially own but primarily take on management contracts of resorts within the Indian Ocean. In 2013, he launched an entry-level five-star resort Atmosphere Kanifushi Maldives under the Atmosphere brand. Given the amazing success of the resort, he further went on to create two sub-brands under the mother brand – Atmosphere; a Luxury sub-brand OZEN by Atmosphere and a midscale sub-brand OBLU by Atmosphere.

The group opened its second property, OBLU by Atmosphere at Helengeli in November 2015; followed by OZEN Life Maadhoo in July 2016; OBLU Select at Sangeli in July 2018; and VARU by Atmosphere in October 2019. In 2020, Atmosphere launched The OZEN Collection, an award-winning, uber-lux hospitality brand.

OZEN Maadhoo, the first resort under the brand, opened in July 2016. OZEN’s success story continues in the Maldives with the addition of OZEN Reserve Bolifushi, which opened in December.

OZEN Life Tangalle takes the brand to the south coast of Sri Lanka and is scheduled to be launched in 2023.