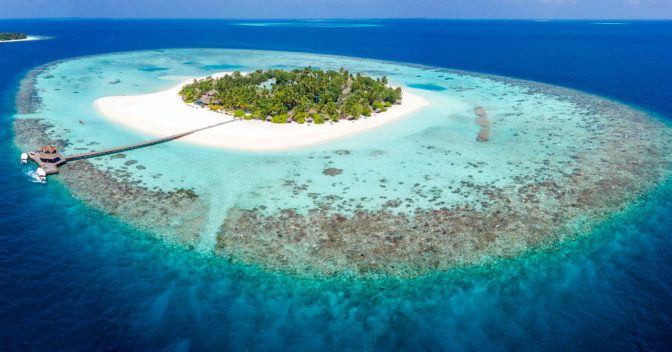 In January 2019 the resort launched the Turtle ID Program, tracking populations of sea turtles that either frequent or reside on the house reefs of the two luxury resorts and the nearby reefs, with the aim of monitoring the populations of these highly-endangered animals.

The Marine Lab Team uses technical software to identify the individual face pattern on the left or right side of the turtle’s head. Once the pattern has been mapped out, it is stored in a database and these patterns make it easy to compare and identify new turtles.

The resort encourages guests to contribute towards the initiative, by submitting images of turtles they encounter when snorkeling out on the reefs. The critically endangered Hawksbill Turtle is frequently spotted on the reefs, with a high number of new turtles being identified. Each individual is named, so the team can more easily identify them while guiding snorkels.

The Banyan Tree Marine Lab actively engages guests and associates with ongoing Marine Conservation activities and initiatives, such as Marine Talks given on topics that include turtle and shark conservation, effective reef restoration and monitoring, and a novel long-term shark monitoring programme, which aims to critically assess the effectiveness of the nationwide shark-fishing ban, introduced across the Maldives in 2010. 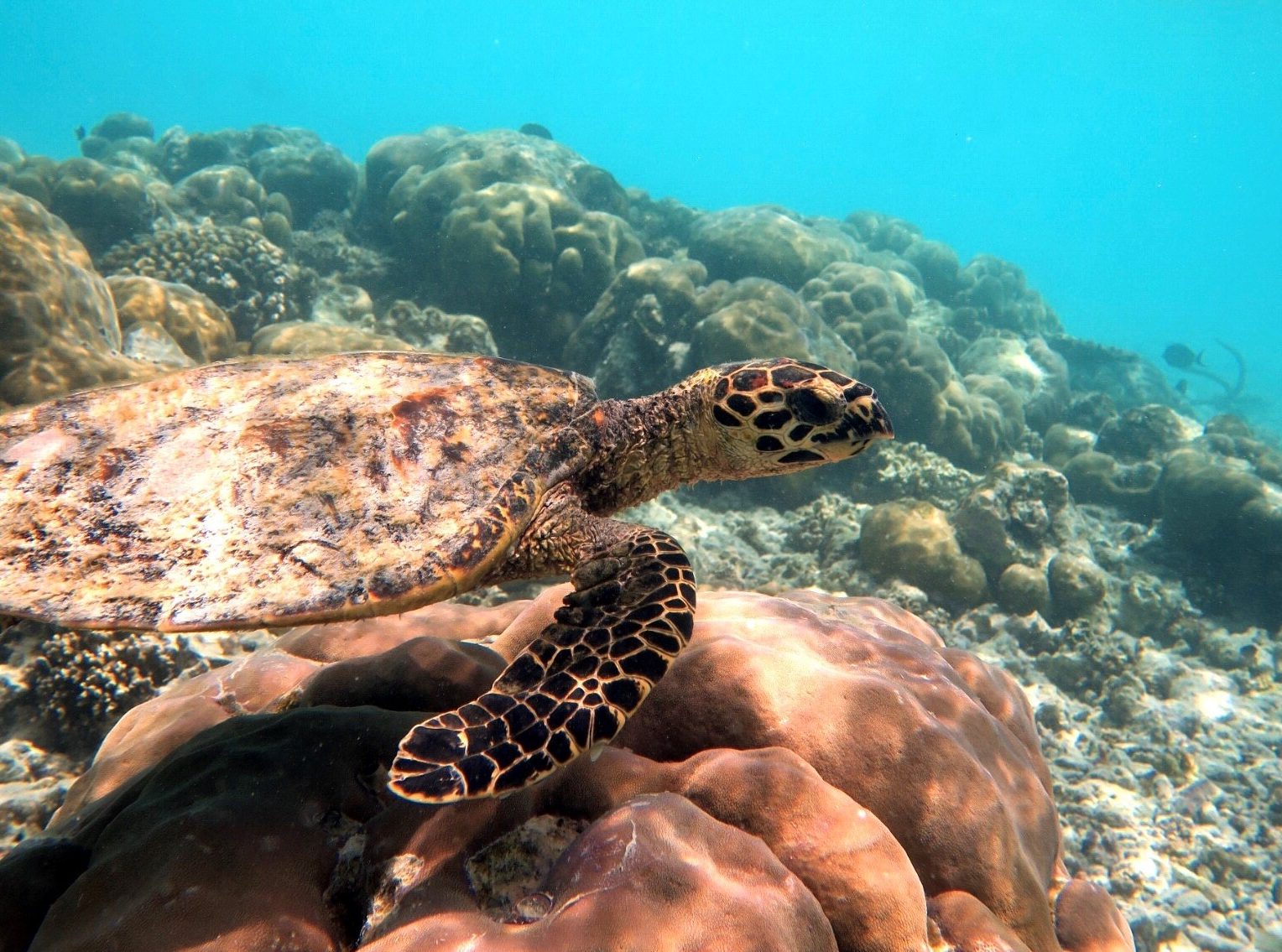 Ali — One of the most commonly seen turtle

The Turtle ID Program started 6 months ago, is just one of many new initiatives being implemented by the Banyan Tree Marine Lab and its Sustainability team. Another unique initiative involves the upcycling of abandoned drift-Ghost Nets, a major threat to sea turtles, into colorful bracelets; raising awareness about these dangers to marine animals, as well as the overall threat of marine plastic pollution to animal biodiversity and the health of our natural environments, as well as our own health.

Banyan Tree was founded with the core value of driving sustainable development. The company aims to embrace the natural environment, continually striving for social and environmental responsibility. With this in mind, the Marine Lab was built in 2004, the pioneer in the Maldives is the first of its kind to be funded and built on a private resort, where guests can learn about marine conservation and partake in the many sustainability activities on offer including coral planting, reef cleaning, shark monitoring and daily stingray feeding sessions.

Located in the North Male’ Atoll, 25 minutes speedboat journey from the airport, Banyan Tree Vabbinfaru is an idyllic place for a relaxing holiday. With only 48 villas dotting around the island, privacy can easily be attained. The resort has a restaurant and a bar, a Marine Lab, PADI Gold Palm 5-Star resort dive centre and an award-winning Banyan Tree Spa.