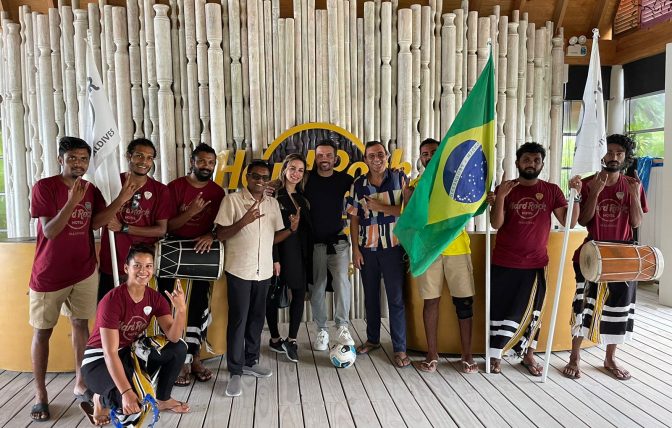 He arrived in the Maldives on 30th September, and along with his wife, the couple will be spending their holiday at the iconic resort. Falcão is known for his flashy and potent dribbling skills and a powerful and accurate left foot. He is also the world’s all-time leading goalscorer in men’s international matches. He was named the Best Futsal Player in the World four times (2004, 2006, 2011 and 2012) and won the FIFA Futsal World Cup Golden Shoe in 2004 and the Golden Ball twice, in 2004 and 2008.

Hard Rock Hotel Maldives is a five-star beach resort in the Indian Ocean. Where music is forte and infused with underwater tunes at Pool Bar, memorabilia at Hard Rock Café Maldives, and Crosley turntable amenity.