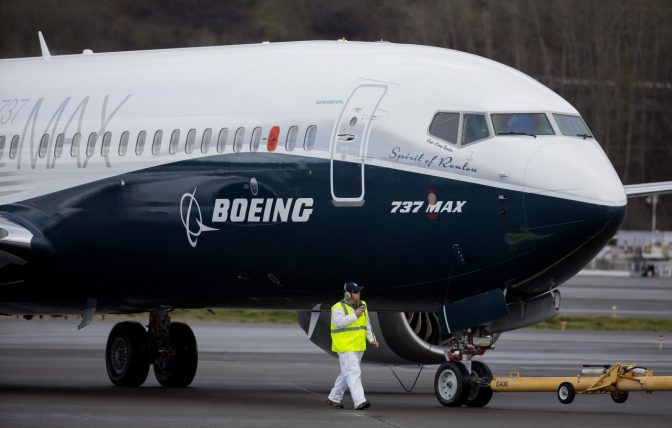 Boeing will release Software Updates for 737 Max Jets by April

Following two air disasters months apart, Boeing has promised to release software updates for all of its Boeing 737 Max Jets by April at the latest.

Boeing informs that the 737 Max is a safe airplane. However, China’s civil aviation administration has grounded all 737 Max-8 models in the nation, citing zero tolerance for safety issues. Other nations, including Australia and Singapore, have also halted 737 Max-8 flights.

The updates were developed in the aftermath of the Lion Air Flight 610 disaster that killed 189 people, the company said, and include changes to flight control systems, pilot displays, operation manuals, and crew training.

Boeing’s 737 Max-8 aircraft was involved in both the Lion Air crash and recent Ethiopian Air disaster, in which 157 people lost their lives. However, Boeing’s software update will apparently be issued for all 737 Max aircraft. Southwest Airlines flies 34 737 Max-8 planes, American Airlines operates 24, and United Airlines has 14 Max-9s in its fleet.

In the Lion Air crash, pilots reportedly had trouble with a new feature, added to account for the 737 Max’s larger engines, called the Maneuvering Characteristics Augmentation System (MCAS). It may have engaged erroneously, pushing the nose down and causing the plane to go into a dive. The pilots apparently fought the controls but were unable to counter the problem.