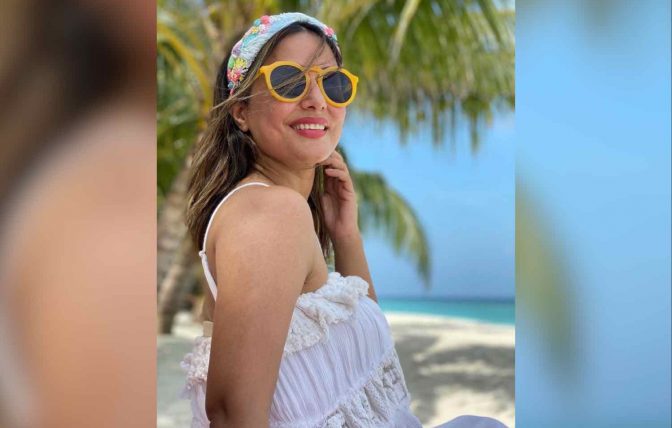 Bollywood actress, Hina Khan is vacationing in Furaveri Maldives during this festive season with her parents and boyfriend Rocky Jaiswal.

Hina is known for her role as Akshara in Star Plus’s “Yeh Rishta Kya Kehlata Hai and as a contestant in the reality show “Big Boss”. In 2015 and 2016, she was one of the television’s highest paid actresses.

This is not the first time, Hina Khan has visited Maldives. She was previously here in the leading destination around this time with her boyfriend and parents.

The actress has shared stunning pictures of her journey to Maldives and a few selfies of her and her boyfriend, Rocky Jaiswal on Instagram.

Set is the exotic Raa Atoll, Furaveri Island Resort and Spa is a five-star deluxe property, recreating the values of traditional Maldivian hospitality. The tropical paradise offers a variety of dining options from International Buffet to an Ala Carte Fusion Asian Restaurant and Casual Mexican dining over the reef edge. The resort also features a wellness village that offers a comprehensive range of treatments to suit the guests’ needs.