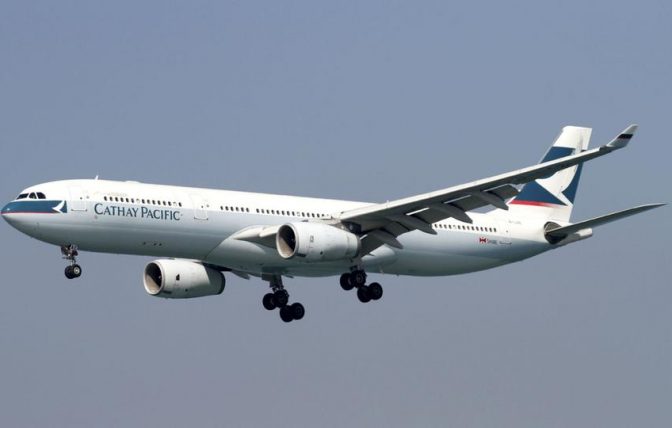 Cathay Pacific Airways is asking its 27,000 employees to take turns in taking three weeks of unpaid leave while the Hong Kong carrier struggles with plunging revenue due to China’s virus outbreak.

In a video message to its employees on Wednesday, Cathay CEO Augustus Tang urged its staff to take the unpaid time off — which will take effect from March 1 and last until June 30 — because of a “significant’ recent drop in revenue, as the coronavirus crisis expands.

The Hong Kong-based airline, which also owns and operates the budget carrier Cathay Dragon, announced a 30% reduction in total number of flights over the next two months. They include a reduction of 90% in flights to and from mainland China.

Cuts are expected to extend to other parts of the company, said Tang. Which means that “all of us need to respond to this rapidly changing and challenging environment,” he said in the video.

“In addition to the measures being taken I’m appealing to each and every one of you to help as we introduce a special and unpaid scheme leave across the company,” said Tang, recalling that the last time they’d asked employees was in response to the Global Financial Crisis of 2009.

The airline used similar “special leave” in 2009 and during the 2003 outbreak of SARS, or severe acute respiratory syndrome, which also led to cuts in flights.