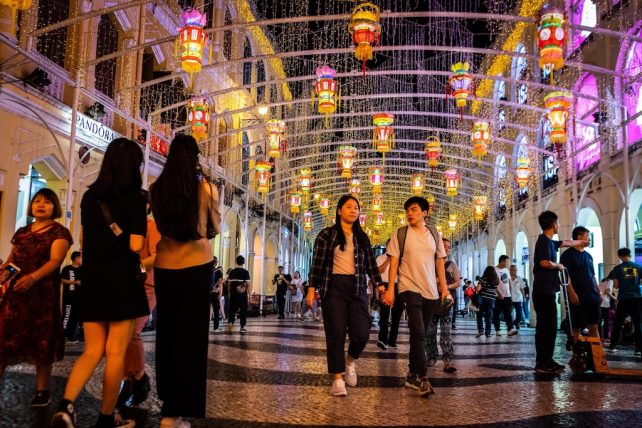 Chinese Cut Back on Travel Over the Golden Week Holiday

Chinese cut back on overseas travel and the growth of domestic trips also slowed during the week-long holiday that ended on 7th October, as protests in Hong Kong and a weaker currency and economy discourage people from traveling out of China.

The number of mainland residents traveling abroad in the first six days of October fell 15.1% compared to a year ago, the State Immigration Administration said. The number of domestic trips grew 7.8% this year, but that was slower than the 9.4% growth pace during last year’s holiday week, the Ministry of Culture and Tourism said.

Hong Kong, a favorite vacation destination for Chinese, has seen a slump in visitors from the mainland, hurting receipts at hotels and shops and helping push the island’s economy toward possible recession. The number of mainland citizens entering Hong Kong from Shenzhen’s Luohu port was down almost 48% compared to last year’s holiday, the immigration administration said.

The pullback continues the trend of slumping visitor numbers affecting tourist destinations across the region and is another sign of how weak consumer demand is undercutting efforts by China’s government to rebalance and stimulate the economy.