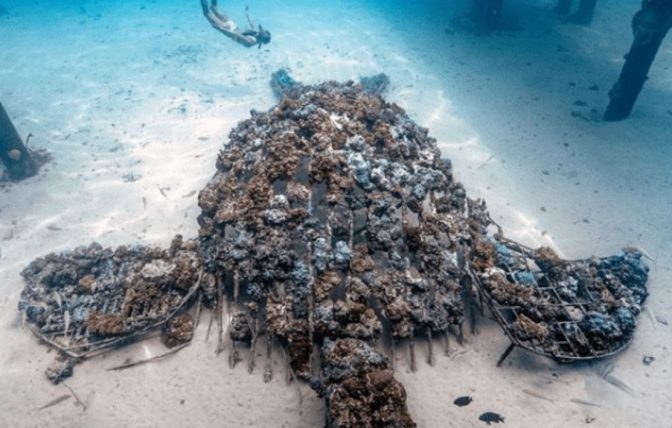 Conrad Bora Bora Nui participated in the Biorock Program in association with Espace Bleu and the Global Coral Reef Alliance to support the conservation of coral biodiversity’s local initiatives. The Director of Escape Bleu, Denis Schneider who has more than 10 years of experience in the field also joined the program.

The first step of the program was installing a turtle-shaped structure with the advanced technology of Electrolytic Mineral Accretion. The Turtle was captured by the Marine Biologist Ocean Ramsey Water Inspired during her stay. Electrolytic Mineral Accretion is a technology that has already proven effective in Indonesia and Maldives. It is considered to be the best technique to fight against coral mortality, as it increases coral resistance tenfold and boosts regrowth and natural repopulation.

The Global Coral Reef Alliance is an American foundation headed by Professor Tom Goreau of the conservation of coral biodiversity’s local initiatives of the University of Maryland.