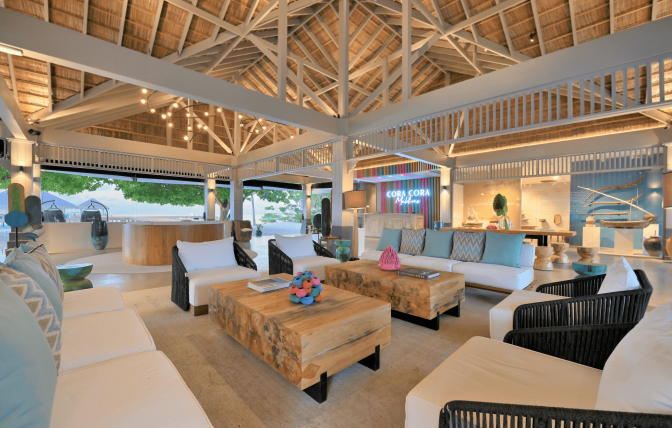 At the World Luxury Awards 2022, Cora Cora Maldives scooped three incredible awards: “Luxury All-Inclusive Resort – Country”, the MOKSHAÒ Spa and Wellbeing Centre was named “Luxury Island Resort Spa – Regional”, and AcquapazzaÒ was titled “Luxury Resort Restaurant – Continent”. At the Versatile Excellence Travel Awards (VETA) 2022 hosted by Travel Scapes Magazine, they received the prestigious title of “Best 5-Star Premium All-Inclusive Resort in the Maldives”. At the TTM Awards 2022, they were named the “Best Fun & Friendly Resort” in the destination whilst at the Luxury Lifestyle Awards 2022, they were named “Best Romantic Luxury Resort in the Maldives”. The resort was also awarded the Green Globe Certification, the first in the Raa Atoll to achieve the prestigious accolade, for its outstanding commitment to sustainability and the protection and preservation of the environment.

Cora Cora Maldives recognises and honours the importance of eco-tourism in the destination and was considered to have the “Most Innovative Tourism Facilities – Resorts” at the President’s Tourism Gold Awards. As well as being recognised for their admirable work at the Luxuria Lifestyle International Five-Star Luxury Review Awards, Cora Cora Maldives was recognised in the top three at Asia’s Best Awards Maldives 2022 and awarded the impressive accolade “2022 Real Estate Market Records” in Russia.

In true Maldivian spirit, Cora Cora Maldives encourages guests to embrace personal freedom and consequently was named TripAdvisor’s Travellers’ Choice 2022 and awarded the Koimala Award, a true honour given in recognition of the role the resort has played in developing the tourism sector in the Raa Atoll.