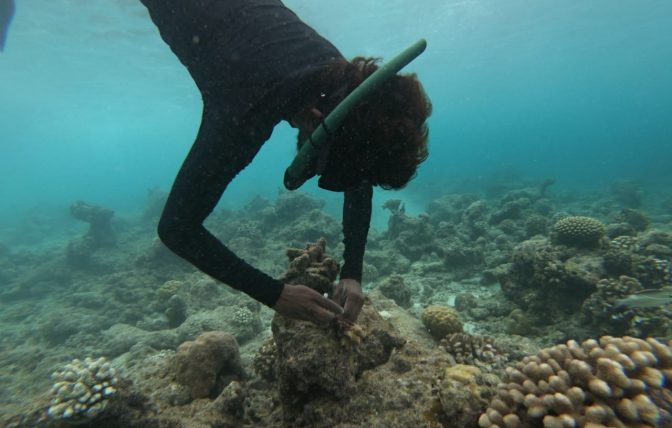 Workshops have been conducted about Coral Restoration and Propagation in AA. Ukulhas from 18th to 21st March 2019 by the Coral Doctors. Their mission is to transfer knowledge about coral propagation and restoration to local communities in Maldives. The workshops are held in association with the German Oceanographic Museum. They empower Maldivians to protect their underwater environment. 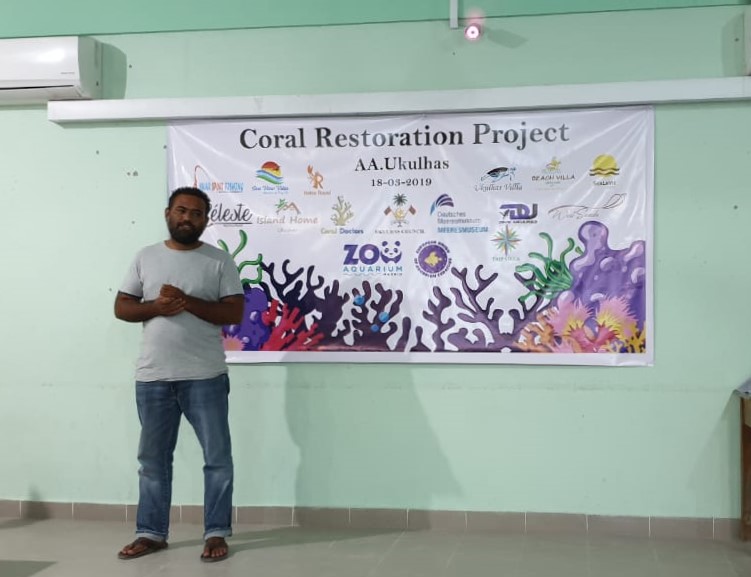 Participants of the workshop were awarded certificates on completion of the four-day workshop, where the participants get first-hand experience in coral propagation. Similar workshops have been conducted by Coral Doctors in K. Maafushi and AA. Rasdhoo recently. 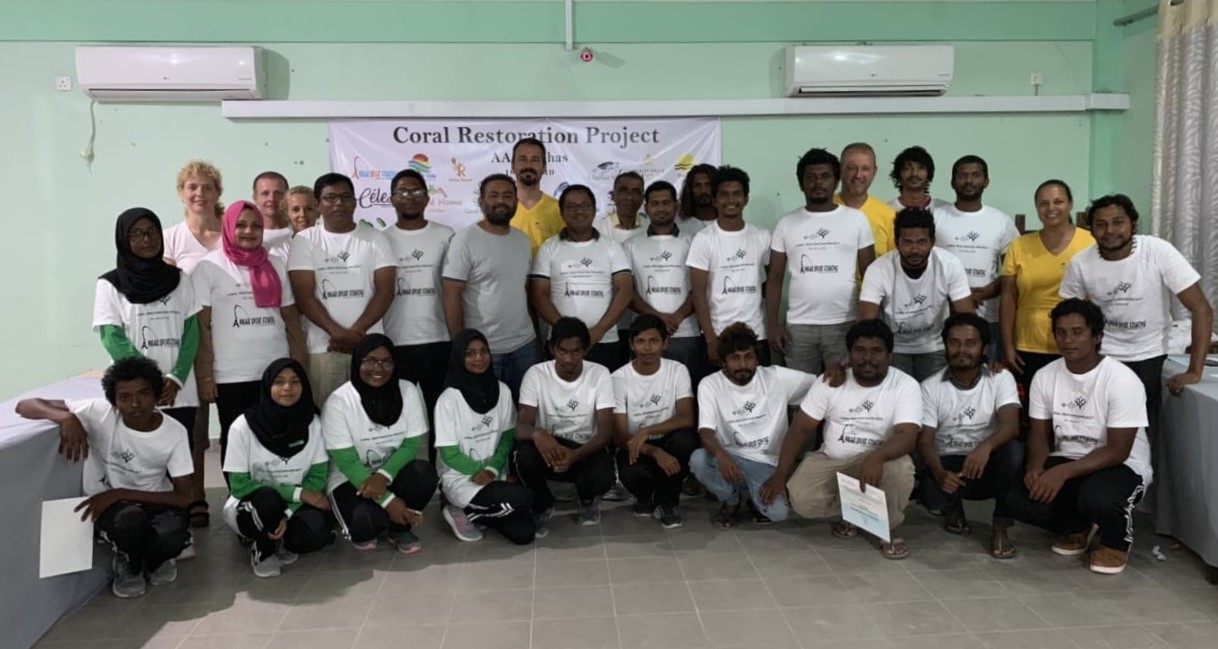 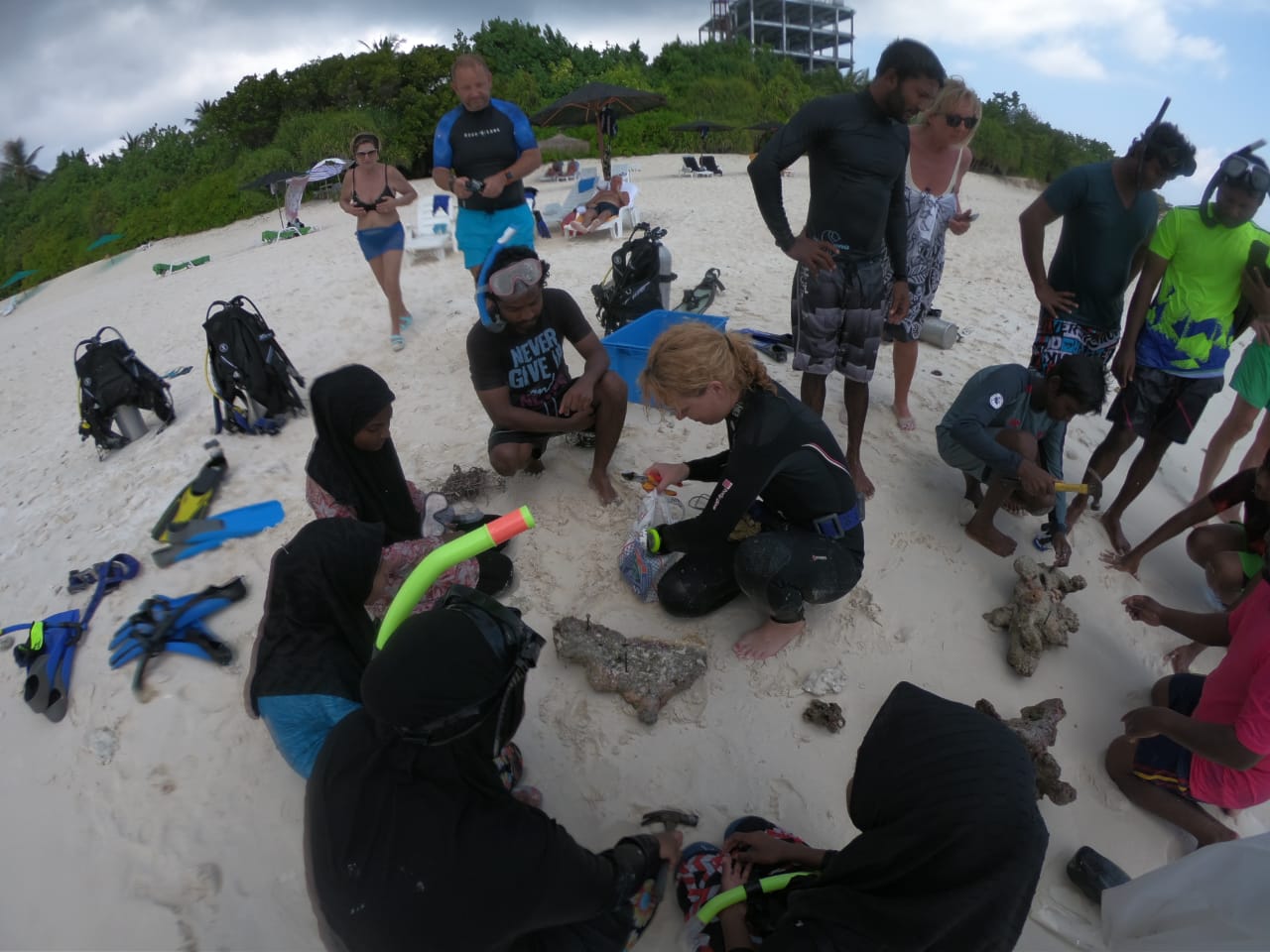 Coral Doctors are a non-profit organization scientifically supported by the German Oceanographic Museum of Stralsund. Coral Doctors was founded after more than 60% of the coral reefs were hit by ‘bleaching’ during the year 2016. During that time, meetings were held with guesthouses and surveys were conducted in 2017.

During the survey, the coral reefs and the growth rates of corals were observed in order to choose suitable locations for coral propagation. Up to date, Coral Doctors have successfully propagated corals in different locations of Maldives.