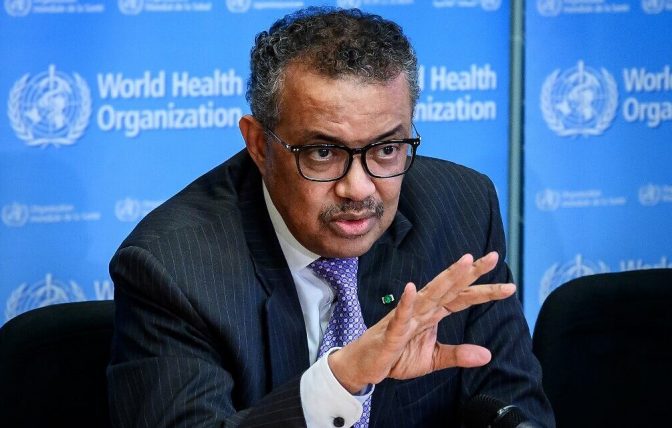 The COVID-19 viral disease that has swept into at least 114 countries and killed more than 4,000 people is now officially a pandemic, the World Health Organization announced today (11th March).

“It is a word that, if misused, can cause unreasonable fear, or unjustified acceptance that the fight is over, leading to unnecessary suffering and death” and that it does not change its “assessment of the threat posed by this coronavirus” and it “doesn’t change what WHO is doing, and it doesn’t change what countries should do.”

The WHO has not declared an international pandemic since 2009 after the outbreak of then-novel H1N1 virus.

Eight countries — including the U.S. — are now each reporting more than 1,000 cases of COVID-19, caused by the virus that has infected more than 120,000 people worldwide.

“In the past two weeks, the number of cases of COVID-19 outside China has increased 13-fold, and the number of affected countries has tripled,” Tedros said.

Noting the rising death toll from the respiratory virus, the WHO head said, “In the days and weeks ahead, we expect to see the number of cases, the number of deaths, and the number of affected countries climb even higher.”

A severe outbreak in Italy has now caused more than 630 deaths there, and the country’s case total continues to rise sharply. It’s now at 10,000 cases, second only to China. There are 9,000 cases in Iran, and more than 7,700 in South Korea.

Those countries are all imposing drastic measures in an attempt to slow the spread of the COVID-19 illness, which has a higher fatality rate for elderly people and those with underlying health conditions.

“In the Americas, Honduras, Jamaica and Panama are all confirming coronavirus infections for the first time,” NPR’s Jason Beaubien reports. “Elsewhere Mongolia and Cyprus are also now reporting cases.”

The WHO declared the coronavirus outbreak a global health emergency in January, as cases surged in China, the epicenter of the outbreak.

As the outbreak has ballooned, so has speculation that the organization would raise its warnings about the virus to the highest level. But Tedros said WHO experts had determined that the scale of the coronavirus’s impact didn’t warrant the description. And he noted that declaring the outbreak a pandemic would raise the risk of a public panic.

Tedros and others had hoped the virus would be contained, citing data from China showing that the number of new cases there peaked in late January and early February.