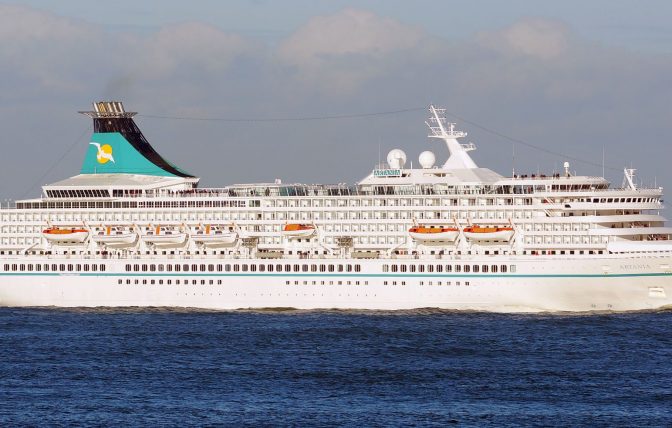 MV Artania (previously Royal Princess and Artemis) is a cruise ship chartered since 2011 by Phoenix Reisen, a German-based travel agency and cruise ship operator. She was built for Princess Cruises by Wärtsilä at the Helsinki Shipyard, Finland, and was launched on 18 February 1984.

The cruise docked at Addu city Feydhoo harbor on 10th February,  reached male’ on 11th February and departed from Maldives the same day.

During the visit, the passengers visited sites in Addu city and Male’ city along with other nearby islands and resorts in the Maldives.