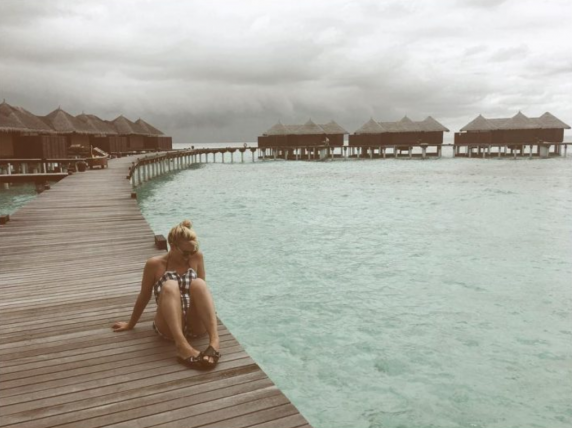 The famous English actress, dancer, and singer from Swindon, Billie Piper is at Coco Bodu Hithi.

Billie Piper is best known for her work on BBC’s classic show Doctor Who and ITV’s Secret Diary of a Call Girl. In 2016, she appeared on the West End in Yerma, a performance which won her a Laurence Olivier award. She made her National Theatre debut in The Effect by Lucy Prebble which ran from November 2012 to February 2013. This play got the critically acclaimed show of the season, that nominated Piper for the WhatsOnStage Best Actress award for her work in the Effect.

Billie Piper has shared pictures of her vacation on her Instagram profile (@billiepiper).

Located in North Male’, the Coco Bodu Hithi Resort reflects the island’s character in its every dimension. Offering Private Villas, Water Villas, Escape Water Villas and Coco Residences—this resort is a place to reconnect with yourself, your loved ones and the wonder of the natural world. Guests can witness the peaceful majesty of the native Nurse sharks and the Hawksbill turtles. Or explore the exotic colors of the reef’s inhabitants and swim with the manta rays.