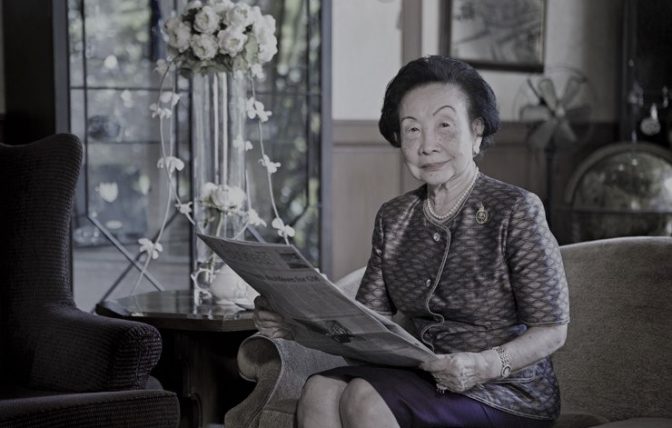 One of Thailand’s most remarkable and distinguished tourism and hotel pioneers and the founder of Thai hospitality group Dusit Hotels & Resorts, Dr. Thanpuying Chanut Piyaoui, has passed away aged 99 on Sunday (May 3).

A passionate believer in things Thai, she was one among several Thai women at the forefront of developing a uniquely Thai brand. As head of the Thai Hotels Association, she defended the interests of this rapidly growing sector through numerous ups and downs. She remains one of Thailand’s finest role models for the many women climbing up the ranks of the Thai tourism industry today.

She was conferred with the title “Thanpuying” in recognition of her achievements in the hospitality industry, and was granted honorary degrees by Johnson and Wales University, Sripatum University, and Mahidol University. In 2018, Chanut was honoured with a Lifetime Achievement Award in international hospitality by Hong Kong Polytechnic University.

For over 65 years, Dusit International has been synonymous with world-class hospitality, delivered with the iconic touches of service and artistry of Thailand. The group’s Maldivian property Dusit Thani Maldives is a 5-star resort on Mudhdhoo Island in Baa Atoll.