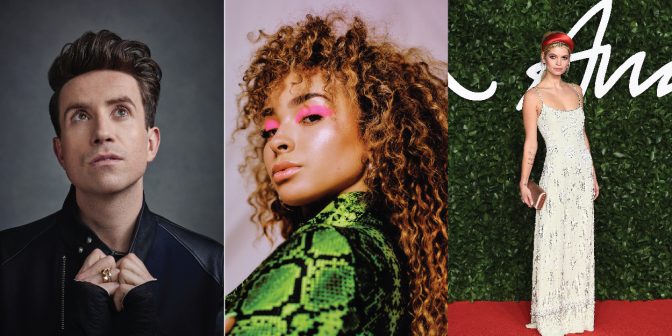 Amilla Fushi, has announced another stellar line up for its renowned annual NYE extravaganza, with award-winning British singer-songwriter, Ella Eyre, confirmed as the headline artist for the Maldives’ Party of the Year. Amilla’s festive ‘tribe’ will also be treated to an exclusive DJ set by BBC Radio 1 ‘Drivetime’ host Nick Grimshaw and by British model-turned-singer Pixie Geldof, before BRIT and double MOBO award winner, Ella, takes the stage. With rumors rife that a long-awaited follow up to her Gold-selling 2015 debut album ‘Feline’ is set to drop next year, guests will be hoping to be amongst the first to hear Ella’s new material.

Famed for its star-studded festivities, scene-shaping Maldives resort Amilla Fushi’s hotly-anticipated annual festive shenanigans will this year culminate in an era-spanning New Year’s Eve ‘party of the century’ that will see guests dancing through 100 years in a single night; from the Roaring Twenties all the way through to the dawn of 2020. Following the coup of last year’s headline performance by Rita Ora, Amilla is thrilled to have once again secured one of the UK’s most energetic and exhilarating live performers to top the NYE bill. Since her breakthrough 2013 collaboration with Rudimental on the double-platinum no.1 single, ‘Waiting All Night’, Ella Eyre has racked up a string of top 20 solo singles, won Best Single at the BRIT Awards and bagged Best Newcomer and Best Female Artist accolades at the MOBOs. Ella replaced Beyoncé as the face of Emporio Armani Diamonds and has collaborated on high-profile brand campaigns with the likes of Sure, Bose, and ASOS. Ella has confirmed a second solo album is on the horizon and is rumored to be planning a worldwide tour at the end of 2020.

Ahead of Ella’s headline performance, guests can also look forward to another raucous DJ set by Radio 1 presenter Nick Grimshaw – seeing in the New Year at Amilla for the second year running – and a DJ set from Pixie Geldof. With music in her blood, the daughter of Irish singer and activist Bob Geldof – who co-wrote ‘Do They Know It’s Christmas Time’ – Pixie was the frontwoman of the band Violet, and launched her solo career in 2016 with the release of her debut album, ‘I’m Yours’. Pixie’s album was produced by Tony Hoffer who has previously worked with a stack of artists including The Kooks, The Thrills and Supergrass. High demand for her DJ work has seen Pixie perform sets at a number of exclusive events for Gucci, Calvin Klein, Louis Vuitton, Hakkassan and more.

Open to all guests at no extra charge, Amilla’s ‘Twenty Twenty’ New Year’s Eve extravaganza kicks off at sunset with a revival of the ‘Roaring Twenties’ – think live jazz, clandestine cocktails from an art deco speakeasy and gangsters and flapper girls dancing the Charleston. As night falls, the boomers take over the beach for an interactive culinary carnival featuring a 50’s Americana-inspired ‘drive-in’; a ‘flower-powered’ hippie hangout serving CBD oil-based starters and desserts as well as an 80’s disco buffet – all brought vividly to life with dazzling entertainment by Area 51 performers. The party then moves to the marina for the triumvirate of exclusive live performances and a spectacular midnight firework display.

As well as the star-studded New Year’s Eve party, an enchanting array of festive foodie surprises are also in-store at Amilla. An incredible journey of flavourful Japanese cuisine awaits at Amilla’s signature overwater restaurant, ‘Feeling Koi’; showcasing a selection of artfully crafted sushi, nigiri and sashimi by the water’s edge, as well as lip-smacking theme nights at the chilled-out foodie hub, ‘Baa-zaar’, and enchanting dining experiences in the magical ‘Mystique Garden’. An Australian football hero and former Everton player, Tim Cahill, will also be on hand to inspire young footballers with a four-day festive training camp. Kids aged from 5-8 years as well as tweens and teens from 9-16 years can perfect their skills on Amilla’s very own full-sized pitch with elite coaching from the Socceroos’ all-time leading goal scorer.

A seven-night festive stay at Amilla Fushi, Maldives, starts from USD $10,415++ (approx. GBP £8,594++) per person based on two adults sharing a Lagoon Water Villa with Pool, including daily breakfast, return seaplane transfers and participation in the ‘Twenty Twenty’ NYE extravaganza.