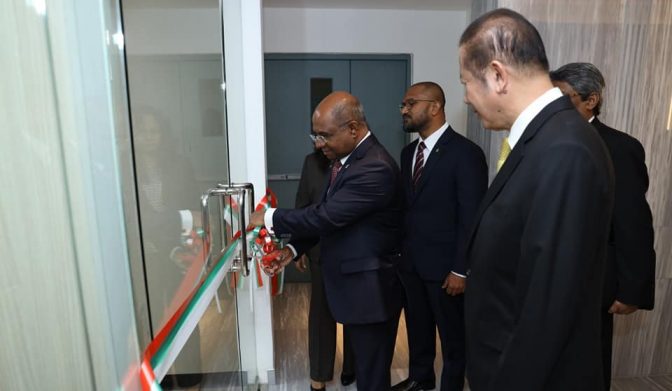 Minister of Foreign Affairs, His Excellency Abdulla Shahid officially opened the Embassy of the Republic of Maldives in Thailand today.

A ribbon-cutting ceremony was held at the Embassy to mark the occasion.

Establishing a resident diplomatic presence in Thailand reflects the deepening bilateral relations between the two countries. The Embassy will contribute to implementing Maldives’ foreign policy and assist with the provision of consular services to the growing Maldivian diaspora in Thailand. 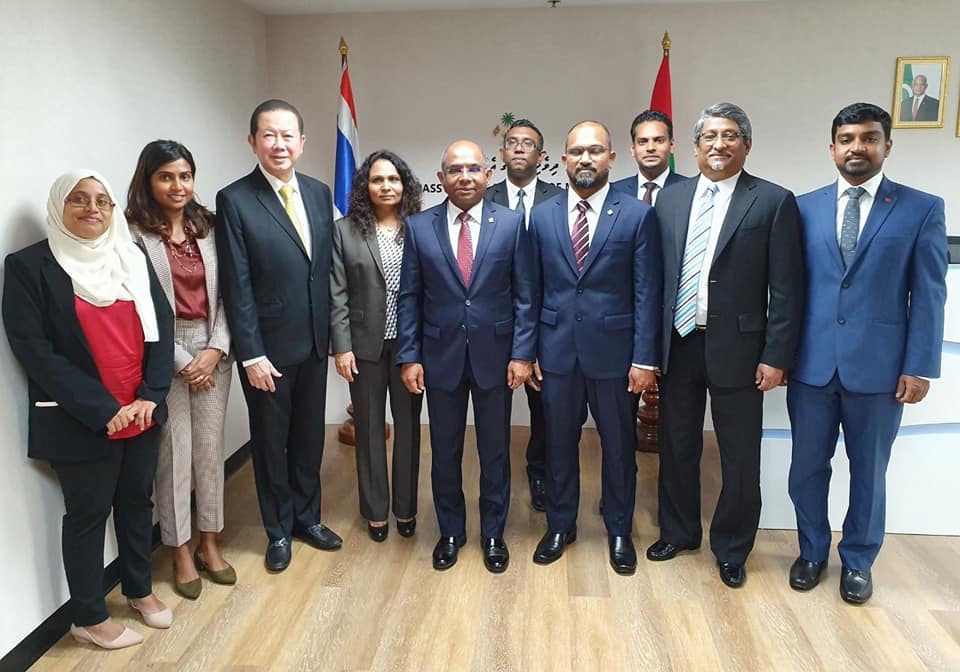 The Embassy will also facilitate exploring avenues for greater cooperation between the two countries, both bilaterally and multilaterally. The opening of the Embassy is in line with the current administration’s commitment to forging closer ties with the international community.

Speaking at the ceremony Minister Shahid highlighted that Maldives – Thailand cooperation is growing in multiple avenues – in trade and investment, science and technology, defense and security, education, culture and tourism – and each area holds massive potential.

The official website of the Maldives Embassy in Thailand was also launched during the ceremony. The event was attended by His Excellency Ahmed Khaleel, Minister of State for Foreign Affairs and Embassy staff.