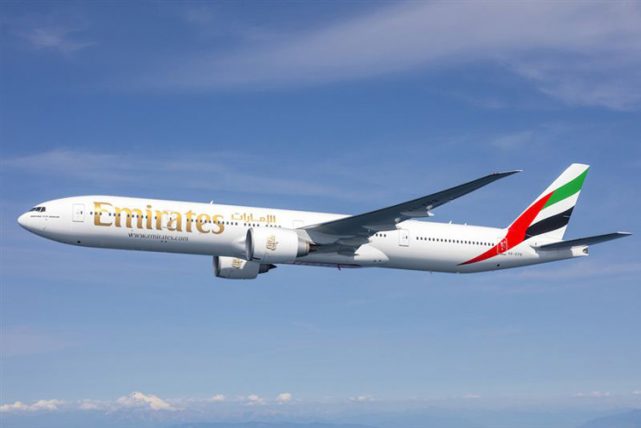 Emirates Airlines has announced that it would buy 50 Airbus 350-900 widebody aircraft in a deal worth $16 billion, with delivery to begin in May 2023.

“I am happy to announce we are purchasing 50 Airbus 350 for $16 billion,” the carrier’s chairman and CEO Sheikh Ahmed Bin Saeed Al-Maktoum told reporters at the Dubai Airshow.

“We are confident in the performance of the Airbus A350 XWB and we believe this aircraft this aircraft will be a good fit,” he said. “With our A350…we plan to offer different cabin configurations.”

The new cabin configurations on the aircraft will include a premium economy, Sheikh Ahmed added.

Together with Emirates’ fleet of A380s and Boeing 777s, Sheikh Ahmed said the additional A350s will offer Emirates more flexibility in terms of capacity, range and deployment.

“We’ll be able to take new aircraft to new markets, not only in the region but also up to 15 hours of flying time from Dubai,” he said, adding that the $16bn deal reflects Emirates’ confidence in the future of the UAE’s aviation sector and role as a travel hub.

Emirates serves a global network spanning over 158 destinations in 84 countries. Its fleet stands at 267 large aircraft, including more than 100 Airbus 380 superjumbos.

Its move earlier this year to reduce its total A380 orders triggered Airbus to pull the plug on the costly plane, which airlines have struggled to fill to its capacity of 500-850 people.

At the time, Airbus said it would buy smaller A330 and A350 models instead.

“It is very good news for Airbus,” the European aerospace giant’s CEO Guillaume Faure said of the announcement in Dubai, adding he was “very proud that Airbus 350 has been selected by Emirates”.