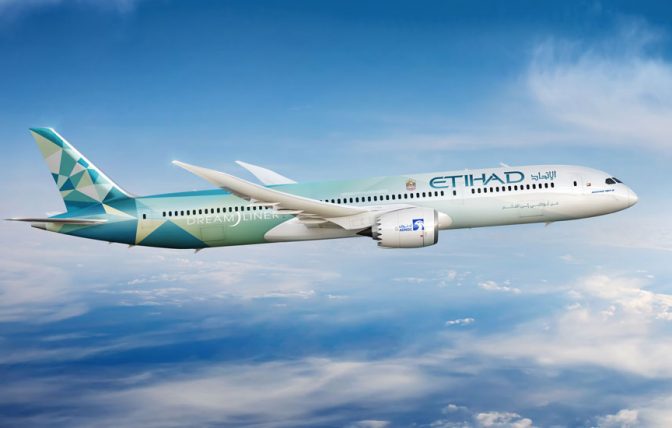 Etihad Airways marked Abu Dhabi Sustainability Week 2020 by operating a special ‘eco-flight’ from Abu Dhabi to Brussels, featuring a range of initiatives designed to illustrate the airline’s broad commitment to sustainable practices in the air and on the ground.

Flight EY 57 departed on 13 January using a Boeing 787 Dreamliner aircraft, the newest and most efficient type in the Etihad fleet, which consumes at least 15% less fuel than any aircraft type previously flown by the airline. The aircraft followed an optimized flight route facilitated by the European airspace navigation service provider Euro control to reduce fuel consumption and carbon emissions. 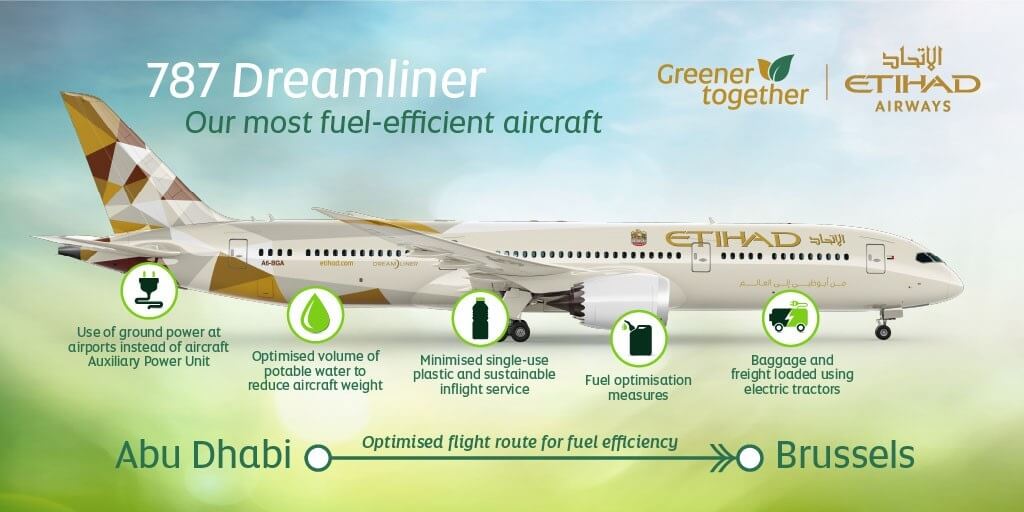 A range of other initiatives were also undertaken before, during and after the flight including fuel optimization measures and other actions in collaboration with partners including Brussels Airport and a range of cabin service suppliers to highlight incremental opportunities to reduce the airline’s impact on the environment.

The flight was timed to coincide with the start of Abu Dhabi Sustainability Week, an annual event held in the UAE capital to highlight sustainable initiatives across a broad range of areas.

The Group Chief Executive Officer of Etihad Aviation Group, Tony Douglas, said: “Sustainable practice is a critical and continuing challenge for the air transport industry, which is striving to reduce carbon emissions and waste, while meeting soaring demand for air travel. It is also a key priority of the Emirate of Abu Dhabi, in which Etihad is a critical driver of both social and economic development.

“This year’s national theme of the United Arab Emirates is ‘2020: Towards the next 50’. Etihad is committed to working continuously with a range of partners as part of a broader national focus on environmental sustainability.”

The 2020s are likely to be a decade with a huge focus on sustainable aviation. With the rising emphasis placed on aviation’s 2.5% of global CO2 emissions, the industry is looking to play its part. Etihad is off to a strong start in these regards.

At the Dubai Airshow, the airline announced a partnership with Boeing to trial green technologies on one of its Boeing 787 aircraft, affectionately dubbed the Greenliner.