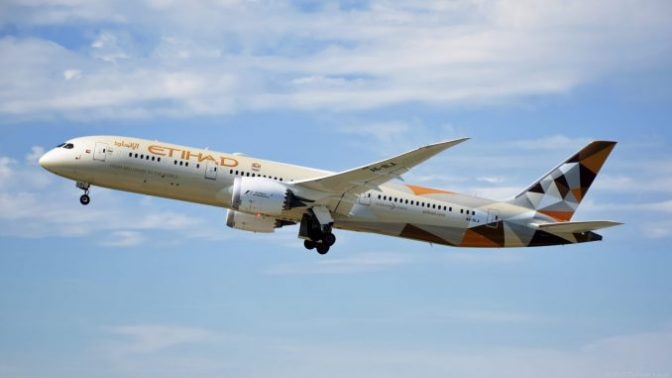 Etihad Airways to fly 787 Dreamliner to Indonesia and Maldives

Abu Dhabi based, Etihad Airways has announced that the airline is set to introduce Boeing 787 Dreamliner on its flights to Jakarta, Indonesia and to the Maldives.

The airline’s two daily services from Abu Dhabi to Jakarta will be operated on a year-round basis by a two-class Boeing 787-9. Currently, an Airbus A330 operates the route.

Etihad also announced that it will operate the Boeing 787 Dreamliner on its daily morning service from Abu Dhabi to Male from October 27 to April 30, 2020. A second overnight departure will be supplemented by the airline.

Etihad Airways is one of the world’s largest operators of the Boeing 787 and the second-largest airline in the United Arab Emirates (UAE). The airline currently operates more than 1,000 flights per week to destinations in the Middle East, Africa, Europe, Asia, Australia and America.