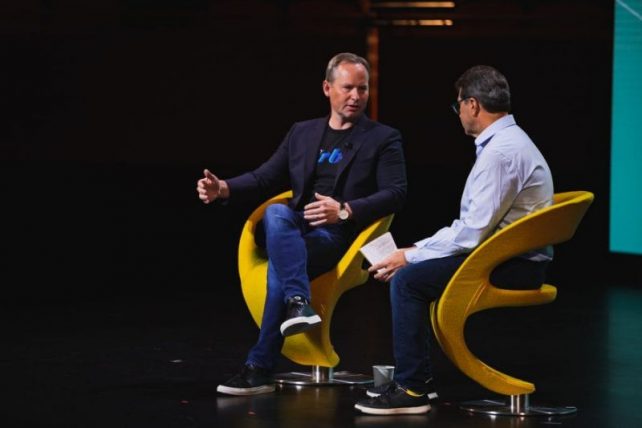 Expedia CEO, CFO quit in clash on strategy as Barry Diller takes over

“Ultimately, senior management and the board disagreed on strategy,” Diller, 77, said in a statement Wednesday.

Earlier this year, Expedia undertook an “ambitious reorganization plan,” aiming to bring its various brands and technology together in a more efficient way. Diller said the move, “while sound in concept, resulted in a material loss of focus on our current operations,” leading to disappointing third-quarter results and a lackluster near-term outlook. The board disagreed with that outlook, Diller said, “strongly believing the company can accelerate growth in 2020.”

Diller said he will buy additional shares in the company as a “tangible sign of my faith in and commitment to Expedia’s long-term future.” The stock jumped as much as 10% in New York, the most intraday in about a year and a half, to $109.32.

Expedia has been plowing resources into its home-sharing division, Vrbo, to challenge rivals Airbnb Inc. and Booking Holdings Inc. in the booming market for alternative accommodation. Expedia has struggled recently, especially in the third quarter when earnings missed Wall Street’s expectations. The company largely blamed Google, which has been cramming the top of its search results with more advertising, pushing down free listings from travel companies and forcing them to spend more on marketing.

Okerstrom said last month that Expedia now sees 2019 adjusted earnings before interest, taxes, depreciation and amortization growth of 5% to 9%, down from a previous forecast for as much as 15% growth.

Jake Fuller, an analyst at Guggenheim Securities LLC, said: “it sounds to us like Okerstrom-Pickerill may have been getting ready to drop a disappointing 2020 Ebitda guide.” Fuller cut his Ebitda growth estimate to unchanged from a gain of 5% earlier this week. “We are left to wonder whether the two were pitching something worse than that to the board.”

Okerstrom had been at Expedia for 13 years, serving previously as CFO before taking the top job in August 2017. The stock has declined by about 38% since then. Okerstrom’s focus at the company had been expanding its hotel footprint internationally, according to Fuller, but the company fell flat in alternative accommodations, its biggest growth category. In the third quarter, Expedia’s short-term rental unit reported revenue growth of 14%, down from a 17% pace in the previous period.

“The most logical strategic shift we can identify at this point would be getting back on track with VRBO,” Fuller wrote in a note to clients. “Alternative accommodations are a growth category and Expedia cannot afford to cede that space” to Airbnb and Booking.

While Vrbo dominates the market in the U.S. for purely vacation-rentals, Airbnb and Booking capture a much larger share of the broader global $34 billion alternative accommodation market, which also includes non-traditional hotels and home-sharing.

“The fact that Diller plans to buy stock and that Expedia increased the authorization are encouraging, but it will be hard to articulate a clear bull case in the near term with questions over the 2020 outlook and no visibility on how Expedia may pivot under new leadership,” Fuller said.