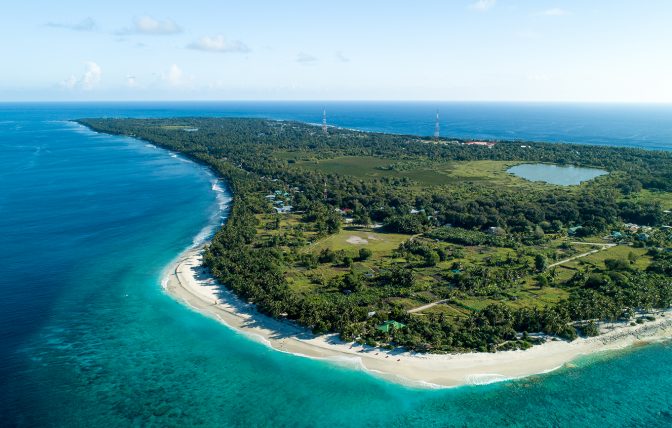 Fuvahmulah, an inhabited island located in Southern Maldives, is the newest spot to be declared as United Nations Educational, Scientific and Cultural Organization (UNESCO) Biosphere Reserve from the island nation.

Prior to this, the only UNESCO biosphere reserve in Maldives was Baa Atoll which offers a sample of the unique species of marine, fauna, and flora of the Maldives and home to Hanifaru Bay – the biggest manta feeding hotspot in the world. ​

Fuvahmulah has been declared a biosphere reserve spot during the ongoing 32nd session of the UNESCO International Coordinating Council of the Man and the Biosphere (MAB) Program, held virtually from Abuja, Nigeria.

One of the most famous islands in Maldives for its beauty and historical importance, Fuvahmulah is the second nearest atoll to the Equator and the first atoll in the Southern Hemisphere. Being a one-island atoll itself, Fuvahmulah has many distinctive features which make the island unique.

Whilst the sharks are in no way aggressive, it is recommended to take experienced dive guides to ensure all necessary safety precautions are taken.

The best suggested time to visit Fuvahmulah atoll to dive with sharks is from December to March. However, with the atoll’s proximity to the equator, the monsoons are less pronounced compared to further north in the Maldives and the weather is pretty stable all year round. The dry north-east monsoon usually runs from December to March with the wet south-west monsoon from May to November.