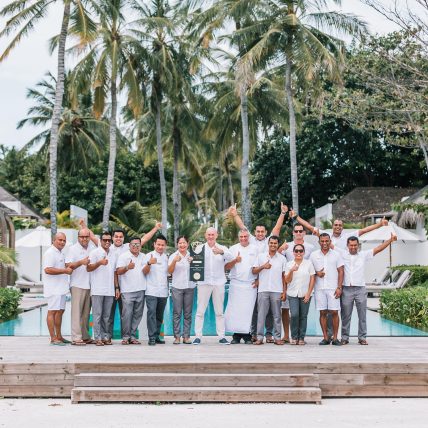 Haute Grandeur, the world’s leading Awards initiative recognizing excellence within the hotel, spa and restaurant industries representing 60 countries worldwide. Haute Grandeur Global Hotel & Spa Awards is dedicated to support and encourage excellence amongst hotels & spas worldwide whilst aiming to strengthen the market share of those outstanding hotels/spas that are committed to offering their guests a “wow” experience. The Awards facilitate networking and at the same time inspire and improve both the hotel and spa industries.

Opened in 2018, Fairmont Maldives Sirru Fen Fushi is the only resort on the pristine Shaviyani atoll with 112 luxury villas each with their own private pool. The resort can be reached in 50 minutes by domestic flight from Velana International Airport followed by a speedboat from Hanimaadhoo Airport to the resort. Alternatively, guests can book a 50-minute scenic seaplane flight directly to the resort.