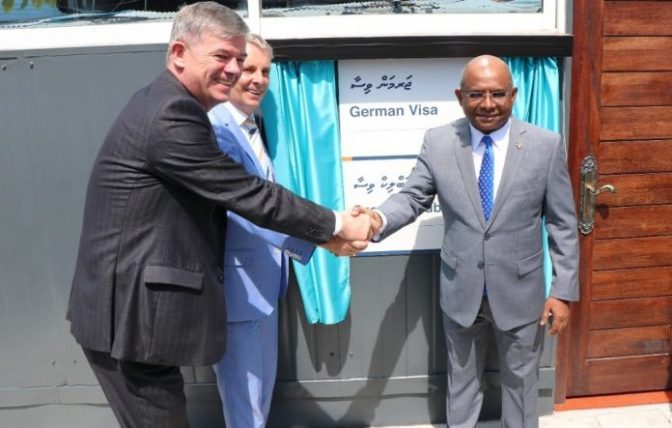 Both Ambassador Rohde and Ambassador Hovorka also expressed confidence that this initiative would further strengthen the increased tourism and trade between the Maldives and their respective countries.

The establishment of the VFS Centre in the Maldives aims to bring an end to the time-consuming and costly process for Maldivians applying for a Schengen visa through embassies based in Colombo or New Delhi. Such Visa facilitation services are part of the Government’s broader objectives in providing quality consular services for Maldivians.

The Maldives has signed visa waiver agreements with the United Arab Emirates, Russia, Morocco, and Thailand last year, and expanded its visa arrangements with the neighboring countries of India and Sri Lanka.