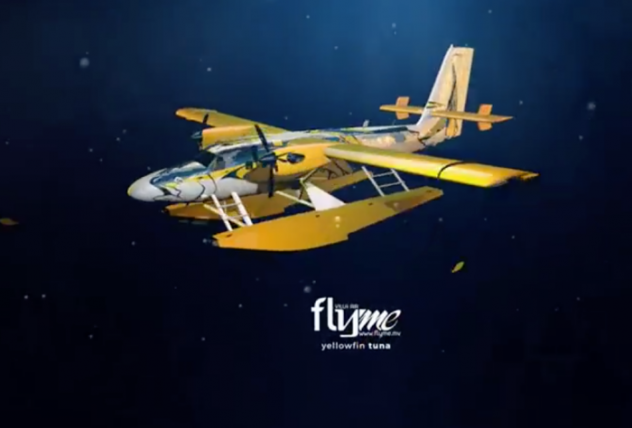 Fly Me to begin seaplane operations with the Flying Yellowfin tuna

The Twin Otter 300 series planes, ordered by Fly Me for these operations will arrive by October 2019. Named Flying Yellowfin Tuna, the plane is to pay tribute to the abundant food source of the Maldives, the Yellowfin Tuna, as this is the source of inspiration for the plane’s yellow and blue color scheme.

Flyme had earlier brought in a Cessna Caravan C208 aircraft for seaplane operations but it was only used for charters as well as sight-seeing and excursion trips. Seaplane is the preferred mode of transport between the main Velana International Airport and dozens of resorts, especially those located in outer atolls. Two airlines currently handle seaplane operations: flagship carrier Maldivian and privately run Trans Maldivian Airways (TMA). A third operator, Manta Air is set to begin service this year.