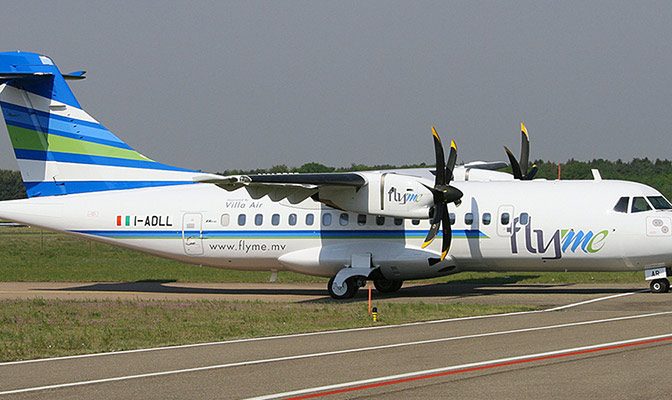 The airline company has previously scheduled flight services to Addu and Fuvamulah till early 2015 where due to unforeseen reasons, the services were discontinued.

An official from Flyme mentioned that negotiations are taking place to initiate and re-launch the process. And that there is a great chance that the company will be able to re-start the services again.

He further noted the plan is to start the services in the upcoming months. A date is yet to be confirmed.

Flyme Airlines have also introduced a new flight to their fleet. With the capacity for 48 people, this is the third fleet added to the company.

As of now, the company provides domestic air services to Adh. Maamigili and B. Dharavandhoo airport.