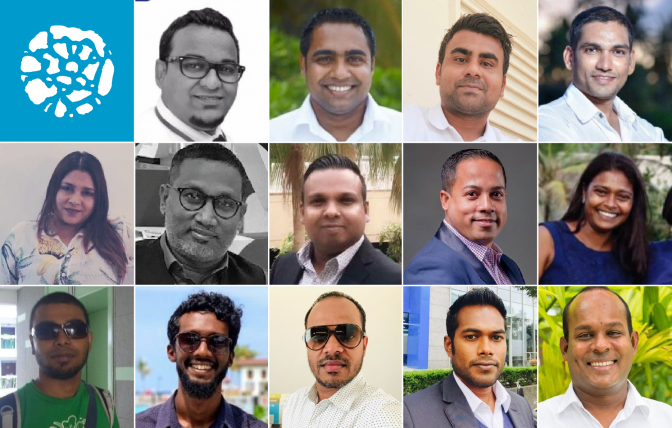 Foreign Languages Needed To Stay Ahead In Tourism, According To Experts

Maldives, being a country heavily dependent on welcoming people from around the globe, it is important for the people in the industry to be trained in the language the holidaymakers speak. In a property such as hotel or resort, the industry professionals must be comfortable with the language they use to interact with the travelers.

So to have a better understanding of what language is most important to the destination, we asked around some industry experts.

Looking at the top 10 markets to Maldives, China leads. A senior professional in one of Maldives leading resort explained that China is the “new future” (once again). He explained that China will continue to be the largest source market (as a country) but we need to overcome the massive language barrier.

Director of Human Resources at Symphony Maldives, Isha Waleed, President of Guesthouses of Maldives Moosa Nasih, Director of Sales at Intercontinental Maldives Ibrahim Inad and another travel industry marketer agreed to this as well. Muaviyath Umar, Executive Director of Villa Hotels & Resorts further added that without the Chinese market, it would be hard to keep consistent occupancy percentage in the industry (especially the market distribution spreads among all categories of properties including guest house etc). 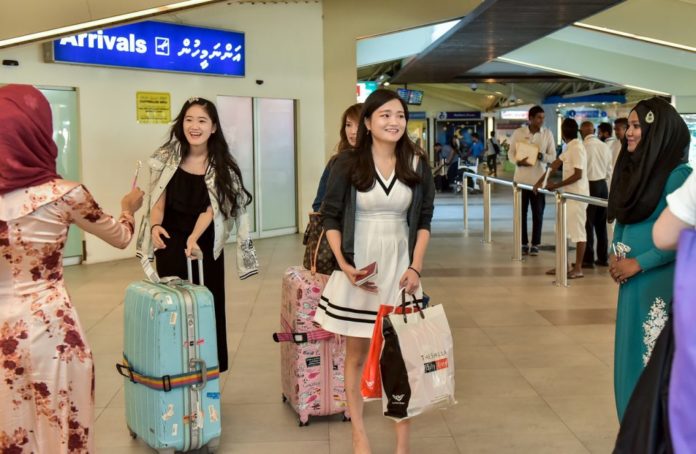 “One market which is very resistant to the language and preference percentage is higher to acknowledge their own language. Furthermore, comparison to most of the markets reasonable effort needs to  be put in convincing and they always seek for more information,” he said. 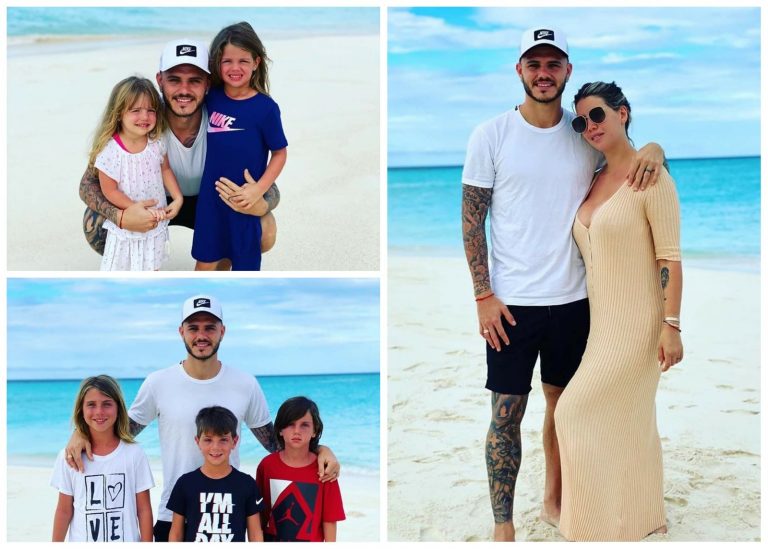 Italy is the biggest European market to Maldives tourism. So it should be the sought out language from Europe, according to Mauroof Ahmed, Business Development Manager at Coco Collection. Afeef Hussain, the Regional Director of Training, Development and Quality Assurance of Lux* Resorts and Hotel seconded this. He highlighted that in the last three years Italy as a traditional market has given Maldives good strength and value plus they were consistent and good spenders too. So he is certain that Italians will be one of the markets which will bounce back quickly post COVID-19.

Shuhan Ahmed, General Manager at Milaidhoo Island Maldives believes that German market has been the most stable market for Maldives and the recessions don’t usually hit German speaking markets due to their stable economies. Though UK is strong too, English being a language spoken by everyone, German could probably be the most likely market which will last, in his opinion. “Also when German is taken as a language, you are covering three major countries in Europe (Germany, Austria and Switzerland),” he added. 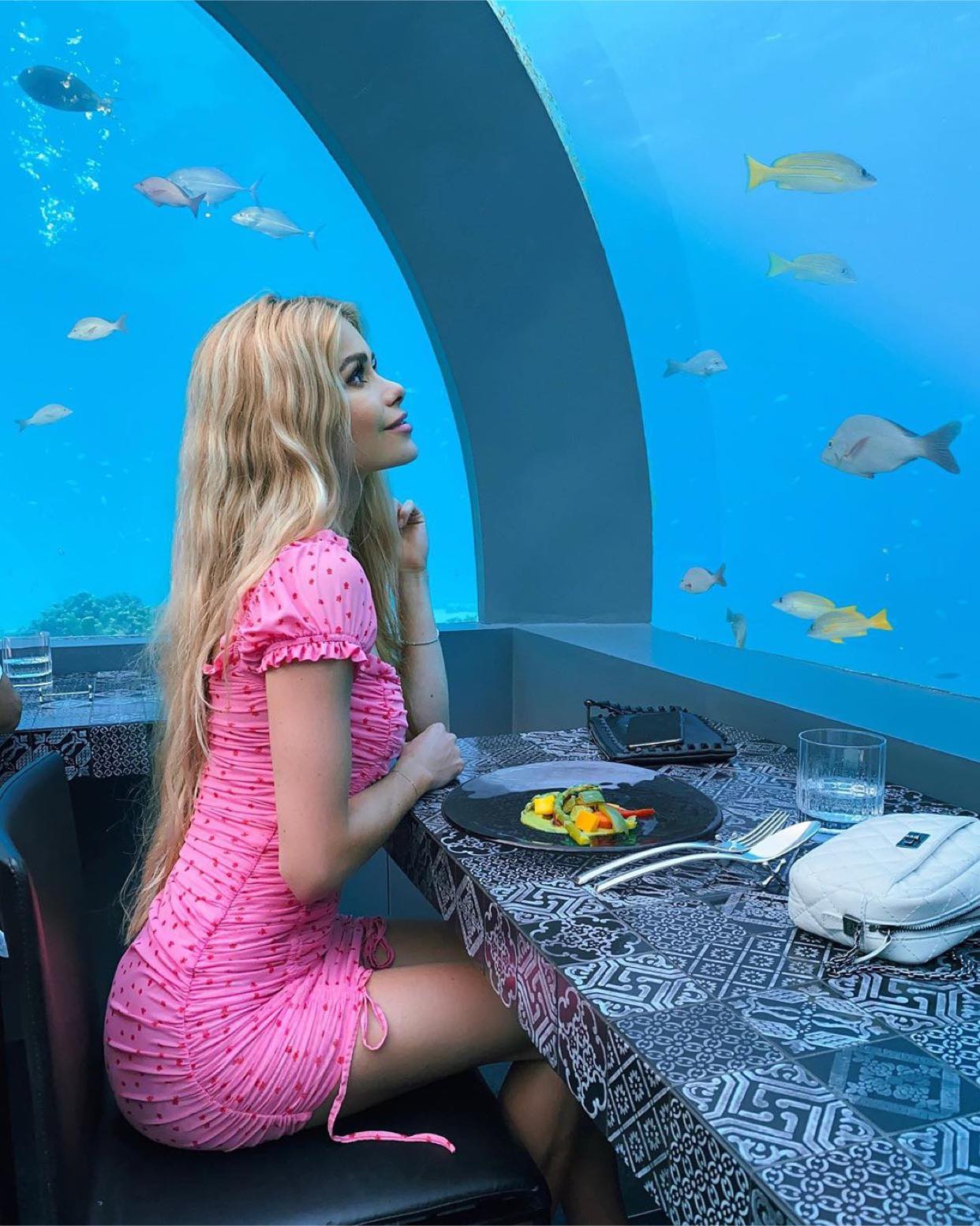 German Model Pamela Reif at an underwater restaurant in Maldives

Director of Sales and Marketing at the newly renovated Maafushivaru, Rizma Waleed agreed to this as well. She however highlighted that UK, Austria and Switzerland is equally important and settled with languages from Europe as it is the most important market by region.

Russian is one of the global language which covers huge territory, even outside Europe. On top of this their spending power on leisure is above average and they love to travel around the year, according to Hassan Zahir, Director of Sales at Velaa Private Island. 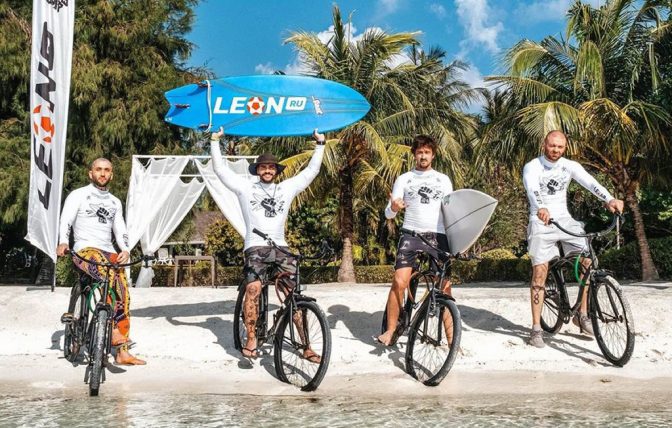 Hussain Hameed, Human Resources Director at Baglioni Hotels & Resorts further added that we are slowly conquering the Russian market and we need to learn the language to be able to better serve them. Another experienced sales personnel pointed out that we don’t have Russian GRO at Maldivian resorts whose sole purpose for being hired is as interpreters.

The Director of Sales at the much anticipated Patina Maldives, Fari Islands, Nasrulla Adam also agreed that Russia is an important market and it should be Russian language. He further recommended Spanish.

Director of Sales & Marketing at Crown & Champa Resorts, Ahmed Shaheen suggested either Chinese, Italy or French because guest feels comfortable to travel where there are people speaking their language, serving it as a good selling point.

Majority believes Chinese should be the go to language in the industry, followed by Russian, Italian and German.  However it was difficult for all resorts to agree on one specific language as a must have. The importance of which language differ from one resort to another. Other languages suggested by the respondents include Hindhi, Spanish and Arab.

Working in hospitality industry, any one language from these can give your CV the cutting edge and help you in taking your career to the next level.