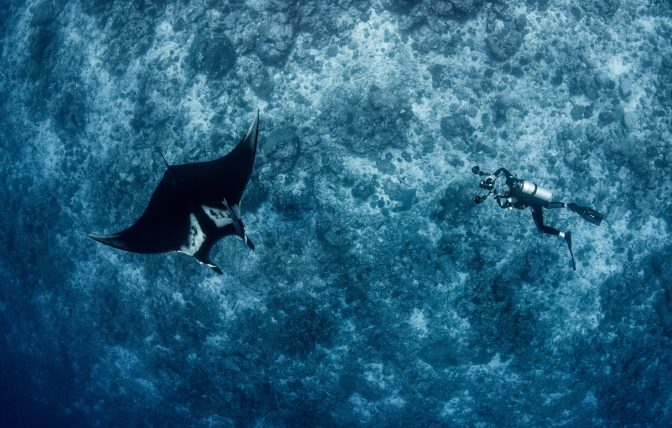 Across two weeks of oceanic wonder – September 10 to 17, 2020 and September 24 to October 1, 2020 (with the option of shorter 3 or 4-night cruise within the dates) – divers and non-divers alike, including families with children as young as eight years old, are invited to join Four Seasons Maldives Manta Trust Expeditions aboard the group’s only floating Resort, Four Seasons Explorer.

Cruise highs and highlights include a full immersion into every aspect of the research experience, from improving free-diving techniques and learning how to take underwater ID photos to helping record vital environmental information and understanding manta feeding and breeding habits.

As well as becoming part of the conservation story of these gentle giants, chances of whale shark encounters are high, with these epic fish attracted to local waters by the same seasonal abundance of plankton that attracts the mantas. Cruise options include three-, four- or seven-night itineraries, with direct links to Resort-based stays at Four Seasons Resorts Maldives.

The Maldivian archipelago is home to the largest recorded population of manta rays in the world. Thanks to the tireless data capturing of the Maldivian Manta Ray Project (the founding project of The Manta Trust, based at Four Seasons Resort Maldives at Landaa Giraavaru since 2006), this uniquely identified population is one of the most studied in the world, and has helped pioneer some of the world’s most insightful knowledge into the behaviour of mantas. Based on more than a decade of close research, Manta Trust founder Dr. Guy Stevens’ carefully selected cruise dates maximise chances of frequent sightings, with previous years’ cruises boasting a 100 per cent success rate for encounters with manta rays, whale sharks, pilot whales, dolphins and more.