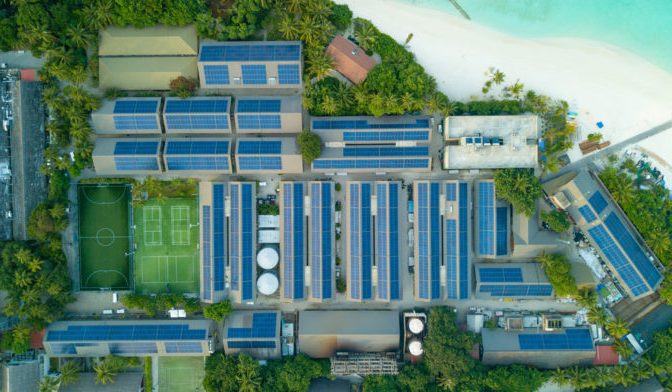 A total of 3,102 panels along with 5,380 spans have been placed on the rooftops in the resort. The solar power system produces between 900,000 kilowatts and 1.1 million kilowatts of energy an hour. Additionally, the eco-friendly golf cars can be charged 82,000 times with the use of the newly introduced solar power system.

“Our Baa Atoll home became the Maldives’ first UNESCO World Biosphere Reserve in 2011 on account of its unique harmony between man and nature, and we take our role in preserving that status very seriously,” explains Armando Kraenzlin, Four Seasons Resorts Maldives Regional Vice President. “This project is an important rung on our conservation ladder and takes us a step closer to reaching our eventual goal of becoming carbon-neutral.”