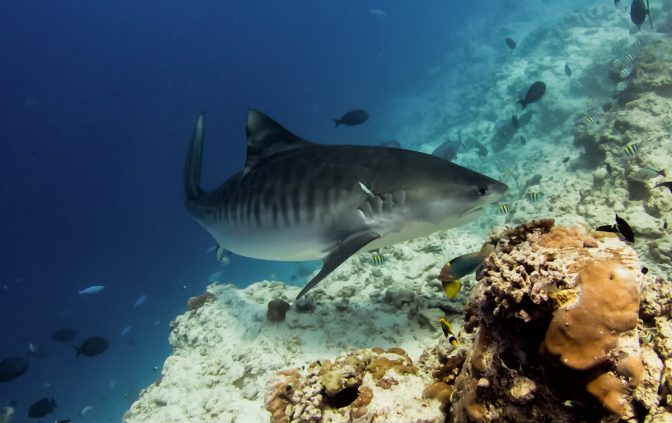 Fuvahmulah atoll has been named the ‘Best Place to Dive with Sharks in Asia’ by ZuBlu diving.

With over 20 known dive sites to explore and more being discovered every year, Fuvahmulah’s relatively unknown dive scene, unique location, and isolation make it one of the best destinations for exploratory dives in the Maldives.

Whilst the sharks are in no way aggressive, it is recommended to take experienced dive guides to ensure all necessary safety precautions are taken.

The best suggested time to visit Fuvahmulah atoll to dive with sharks is from December to March. However, with the atoll’s proximity to the equator, the monsoons are less pronounced compared to further north in the Maldives and the weather is pretty stable all year round. The dry north-east monsoon usually runs from December to March with the wet south-west monsoon from May to November.