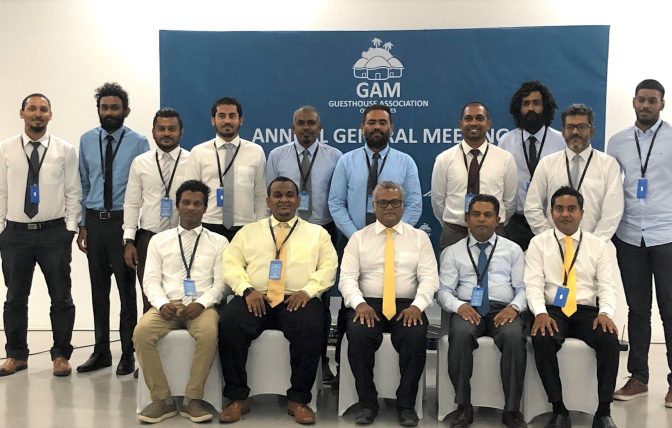 Guesthouse Association of Maldives has met with officials from Male’ Water and Sewerage Company (MWSC) to raise concerns of guesthouse operators.

In this meeting, GAM discussed the complaints received via Guesthouse Opinion (GO) forum with regard to water bills.

Mr. Hassan Shah, the Managing Director of MWSC, along with two other officials from MWSC assured that it will be taken to MWSC Board to find a solution. He is confident that a favorable decision will be taken with regard to the concerns of the guesthouses and will offer a flexible payment plan, GAM reported.

During the online meeting held on 16th May 2020, officials of MWSC guaranteed that a relief can be given to all the fines in accordance with the current relief policy and told that discussions have been going on to extend the period furthermore. In addition to this, MWSC said that a relief arrangement can be made at this moment itself to settle the current outstanding as half payment basis and will look for more options where leniency and flexibility can be given.

Furthermore, officials from MWSC urged those guesthouses that has not sent meter reading to send it to MWSC as early as possible via Viber.

“GAM appreciates the cooperation from the officials of MWSC and for the flexible payment plans assured,” a statement by the association read.