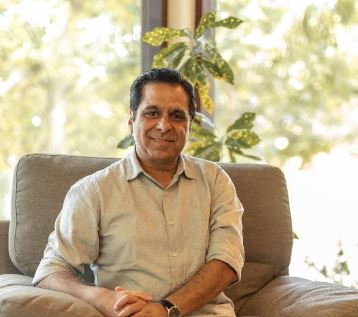 VARU by Atmosphere, Maldives – the newest property under the dynamic Indian Ocean hospitality group Atmosphere Hotels & Resorts, due to open in October 2019 – has appointed Utkarsh Faujdar as their General Manager.

Prior to joining the Atmosphere Group in the Maldives, Utkarsh has been in the hospitality industry over three decades. The past 14 years he was based in the Maldives as the General Manager for the renowned Hulhule Island Hotel. While working for the hotel he spearheaded the tremendous growth and positioning of the hotel and was responsible for the accelerated growth of profit apart from winning international awards.

Before moving to the Maldives Utkarsh was working as General Manager for Trident Hilton Agra, a 140-room Five-Star Hotel in the North of India – part of Oberoi Group of Hotels. Utkarsh is an efficient, result-oriented and hands-on General Manager, adept at creating and leading a team from diverse backgrounds towards meeting organizational goals.

The opening of VARU by Atmosphere is the start of the ambitious expansion plans of the Indian Ocean based Hospitality group. With several new properties being added to the existing four property portfolio this appointment will enhance the group’s growth within the ‘By Atmosphere’ white-label sub-brand – along with the group’s other sub-brands of OZEN, OBLU and OBLU Select.

“I am thrilled to be part of the Atmosphere Family and excited to deliver an Authentic Maldivian resort experience here on this brand-new island. I am looking forward to working with newly formed VARU Team, and together we will be ready to deliver an outstanding holiday experience to our guests,” commented Utkarsh Faujdar.

Giri Venkata, President & Chief Operating Officer, said: “I am very excited to have such an experienced hotel industry professional like Utkarsh as part of the Atmosphere Hotels & Resorts. I am confident that with his support and the excellent team; VARU by Atmosphere will soon be a key player in the Maldives resort segment.”

Atmosphere Hotels & Resorts is a dynamic and fast-growing Indian Ocean Hotels & Resorts group currently based in the Maldives. Atmosphere’s first property, Atmosphere Kanifushi, opened its doors on December 2013. The group opened its second property, OBLU by Atmosphere at Helengeli, in November 2015; followed by their flagship Lifestyle Luxury sub-brand, OZEN by Atmosphere, in July 2016; and then OBLU Select at Sangeli, which opened on July 2018. The newest addition to the portfolio, VARU by Atmosphere, offering a naturally Maldivian experience, is due to open on October 2019.