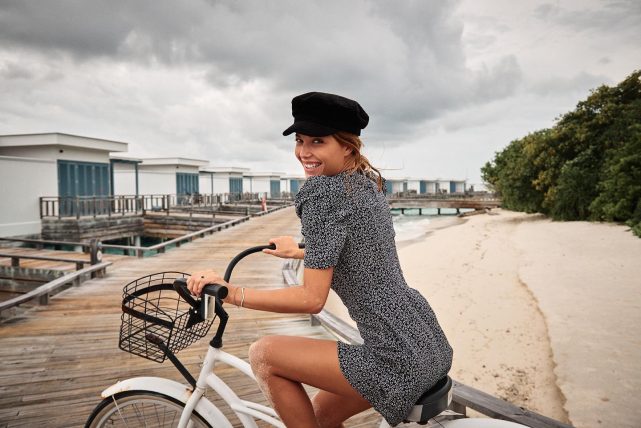 Lena Meckel is an actress, known for Storm of Love (2005), Counterpart (2017) and Heroes (2013). Her first role was in 2005 as a child actress in the movie Die Wilden Kerle 3, directed by Joachim Masannek. This was followed by a role in the ARD television film The Enchantment (Director: Wolfram Paulus ) together with the actors Christoph Waltz, Katharina Abt, Katharina Müller-Elmau, Heio von Stetten, and others.

She has been sharing pictures and videos of her holiday in the Maldives on her Instagram.