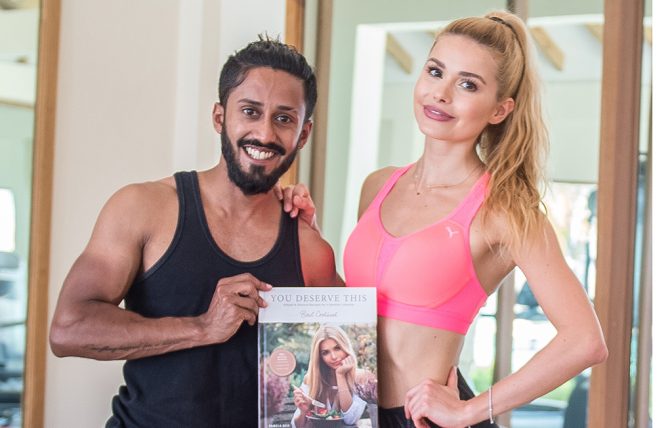 German Model Pamela gifted her book to FitFazil while in the gym at the You & Me Maldives. The book was officially planned to launch in February 28th.

Pamela Reif, is one of Germany’s most famous influencers and has turned her million-strong social media following into the seeds of a health and fitness business empire. Reif told the Forbes Under 30 Summit Europe about her journey from influencer to entrepreneur.

After building her Instagram following to 500,000 her hobby quickly became a business when she was approached by brands with advertising and sponsorship deals. Since then Reif has expanded her business empire to a YouTube channel with 1.5 million subscribers, an online fitness program “Pamstrong” (including its own fitness app) and product deals with hair-straightener brand GHD, Calzedonia and Swedish fashion label Nak-d.