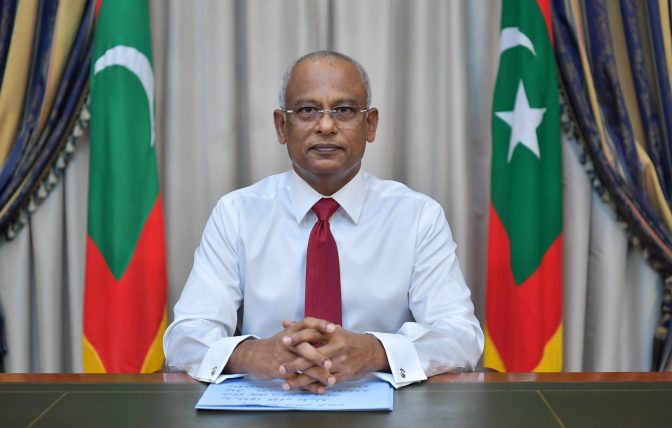 President Ibrahim Mohamed Solih has announced that when tourism reopens post COVID-19, in order to facilitate the resort operations, the resort lease payment for the last 6 months of the year will be deferred.

Speaking at a special address to the nation, President Solih further added that this includes the land lease payments for the agricultural plots and lease payment for any other land given by Finance Ministry for various purposes.

The President also stated that the arrangements to roll back the lockdown measures and revive the economy will be made under special arrangements and phases.

“We are preparing to ease the lockdown in Male’ area with advice by the health experts,” President Solih said. “This will be carried out in phases. As such the first phase would ease going out and about and implement easier arrangements for general businesses. In later phases, there will be fewer restrictions in gatherings as well.”

He further added that permits to reopen mosques, cafe’s, restaurants as well as schools will be given under special arrangements. These arrangements will also extend to government and private offices, where employees could soon resume work.

The President noted that the technical team related to this work will give out additional information regarding the arrangements in the coming weeks.