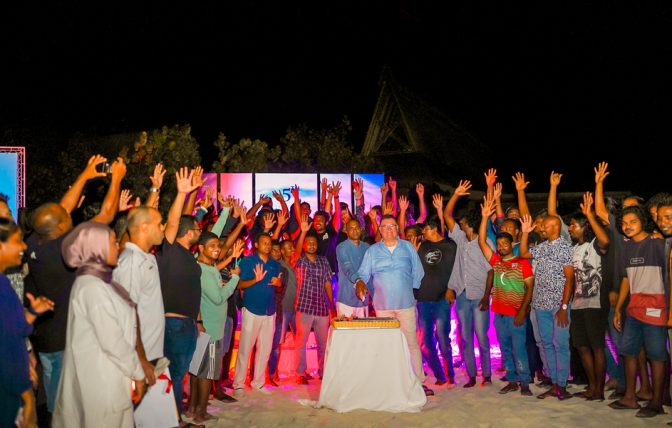 Grand Park Kodhipparu, Maldives has a ground-breaking resort unveiling story, that became an exemplary sensation in one of the golden years for the Maldives. In 2017 with a team of five and under the leadership of the brilliant Raffaele Solferino, Grand Park Kodhipparu opened its doors to holidaymakers across the world. As the signature luxury property of the Park Hotel Group Singapore, and a new adventure in the making, Grand Park Kodhipparu, Maldives has evolved into a global choice among Maldives resort lovers. The resort has welcomed hundreds of thousands of esteemed guests since the opening to its stunning island at the heart of North Male atoll.

Grand Park Kodhipparu, Maldives is also known for its business of caring and the resort’s longstanding relationship with nature and the local community. One thing truly wonderful that was made possible by the seasoned management team is the first solar powerhouse in the island and the water management plant. These were fundamental footsteps that steered the entire workforce to take on a planet first path. Three years in a row the resort has received the prestigious Green Globe Certification for the commitment to preserve the eco-system and to operate in an environmentally regenerative way.

Since the opening, the resort has won numerous awards, accolades and become a brand that is borderless and inclusive, in every sense, welcoming guests from over seventy different countries the world over. Through carefully curated experiences, villas that offer true sensory essence of the Maldivian authenticities, well thought culinary journeys, and wellness focused experiences, ample space is provided for the guests to connect with themselves and re-discover life’s simple joys and to re- charge for the reality that awaits them.

It is no accident that the resort has maintained its grandeur for five years. The team works day and night to curate experiences that invigorate the curious minds of the travellers. The resort encourages travellers to slow down, catch the breath and be present in the abundance of nature and to synchronize the holiday with the natural rhythm of the island and its eco-system.

The 5th year anniversary celebrations were dedicated to the team members that are an integral part of the resort’s success. Most of the team members have been with Grand Park Kodhipparu, Maldives over the years in true appreciation of the managements’ attention to employee care. The employee of the year Mr. Jahangir Alam received a roundtrip air-ticket to Dubai along with accommodation and other benefits in appreciation of his relentless service. Mr. Alam has been a member of Grand Park Kodhipparu, Maldives’ team for over three years and his promotion to Senior Bartender at the Breeze Bar, coincided gloriously with the Employee of The Year Award. The weeklong anniversary celebrations gave space for all team members to connect with each other, partake in sports tournaments, and activities. The grand finale was at Dhivehi beach where the long serving staff were recognised and all the team members were invited for a night of excitement, fun and togetherness.

The resort’s work and innovations do not stop here. General Manager Raffaele Solferino extends the sincerest gratitude on behalf of the Park Hotel Group, to all the partners worldwide and here in the Maldives especially the local authorities, partners that have extended immense support to the success of Grand Park Kodhipparu. And more importantly to the true champions – the hundreds of thousands of esteemed guests of Grand Park Kodhipparu Maldives, the resort is thankful for inspiring the team to elevate the way people experience the Maldives and its myriad of wonders through the resort.