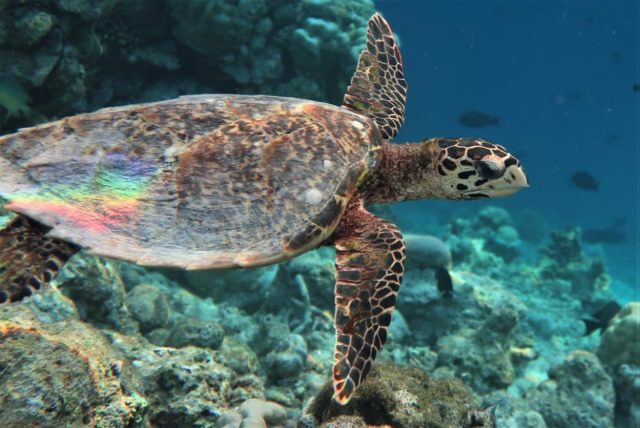 This sunscreen helps safeguard coral life from two harmful chemicals Oxybenzone and Octinoxate. The resort’s resident marine biologist, Peter Pringle explained that “Many regular sunscreens contain these two chemicals, which have been shown in laboratory studies to be highly toxic to corals and other animals, particularly the young stages that need to replenish marine populations.”

Due to their potential toxicity to reefs, several states (including Hawaii and Palau) have recently banned the sale of sunscreens containing Oxybenzone & Octinoxate. Every year between 6,000 and 14,000 tons of sunscreen washes off into the sea preventing high levels of associated toxic compounds entering the water which contributes to widespread coral die-offs of healthier reefs that links to warmer ocean temperatures and global climate change.

“This is another step ahead for Grand Park Kodhipparu Maldives, pursuing our commitment towards environmental Management System and efforts towards Sustainable Tourism. More to be announced gradually, as soon as we lay down practices and projects in pipeline enhancing green and eco driven initiatives for everyone’s benefit.” Raffaele Solferino commented, General manager of Grand Park Kodhipparu Maldives.